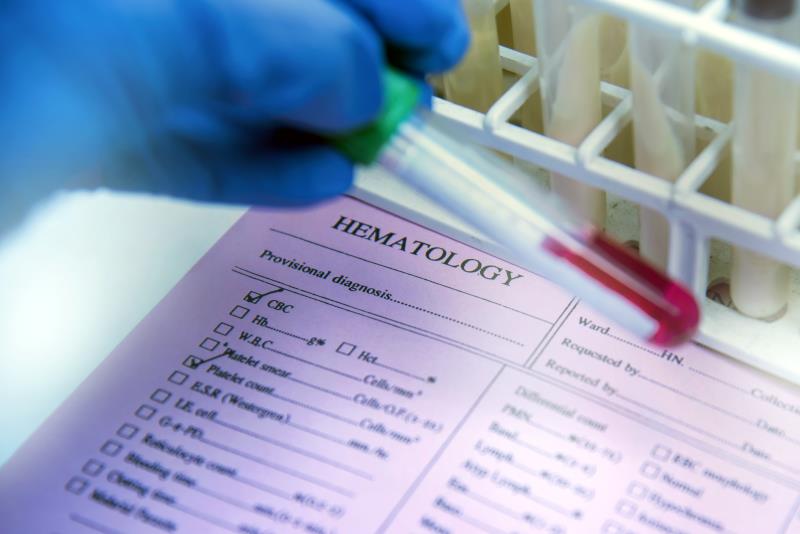 Haematological and coagulation parameters may help predict COVID-19 disease severity or mortality, according to a retrospective study from China.

“An outcome of death was associated with thrombocytopenia, increased neutrophil to lymphocyte ratio, prolonged prothrombin time, and increased D-dimer,” said the researchers.

Monitoring the haematological and coagulation parameters that were associated with mortality in this study may help predict outcomes in patients, they said.

The results were based on analysis of 380 adult patients (median age 64 years, 46 percent female) who were hospitalized at Wuhan Union Hospital, Wuhan, China, with moderate, severe, or critical* COVID-19 disease.

Forty-eight percent of patients had comorbidities, the most common being hypertension (30 percent). Men were more likely to have critical disease than women (71 percent vs 29 percent) and patients with severe or critical disease were older than those with moderate disease (median age 67 and 68 years, respectively, vs 56 years).

Eosinophil and platelet counts were significantly lower in patients with critical disease compared with those with severe disease (p<0.0001). Thrombocytopenia (platelet count <100 × 109 cells/L) was significantly more common among patients with critical compared with severe or moderate disease (49 percent vs 14 percent or 6 percent; p<0.0001 for both comparisons). [Lancet Haematol 2020;7:E671-E678]

Fibrinogen concentration was lower in patients with critical vs severe disease (p=0.0014), with 20 percent of those with critical disease having fibrinogen <2 g/L vs 1 percent of those with moderate disease and none with severe disease. Low antithrombin III activity (<80 percent) was significantly more common in patients with severe or critical disease (35 and 36 percent, respectively) vs moderate disease (16 percent).

There were 55 deaths during hospitalization (14 percent), primarily among patients with critical disease (96 percent), with the remaining 4 percent in patients with severe disease.

Thrombotic or haemorrhagic incidents occurred in 35 percent of non-survivors, while acute respiratory distress syndrome and septic shock occurred in 69 and 20 percent, respectively. Decreasing platelet count was observed in non-survivors vs survivors throughout the clinical course. Sepsis-induced coagulopathy (SIC) and overt disseminated intravascular coagulation (DIC) increased over time among non-survivors, while D-dimer, prothrombin time, and fibrin degradation products increased at study end.

“Given that DIC screening by itself might improve outcomes in patients with sepsis, coagulation parameters are important for the identification and intervention of coagulopathy as early as possible,” said the researchers.

With the high incidence of thrombotic events in patients with critical COVID-19 disease, the researchers recommended that anticoagulation therapy be initiated in these patients, though treatment timing and dose remain to be established. Further research is also warranted to identify if early initiation of anticoagulant therapy could improve survival.

“The study … highlights the established role of routine coagulation tests as predictive variables for mortality and morbidity. However, … whether the observed changes in routine coagulation tests are just markers of [disease severity] or whether they show a significant and specific pathophysiology that drives morbidity and mortality … [remains] unanswered,” commented Associate Professor Thomas Kander from Lund University, Lund, Sweden. [Lancet Haematol 2020;7:E630-E632]