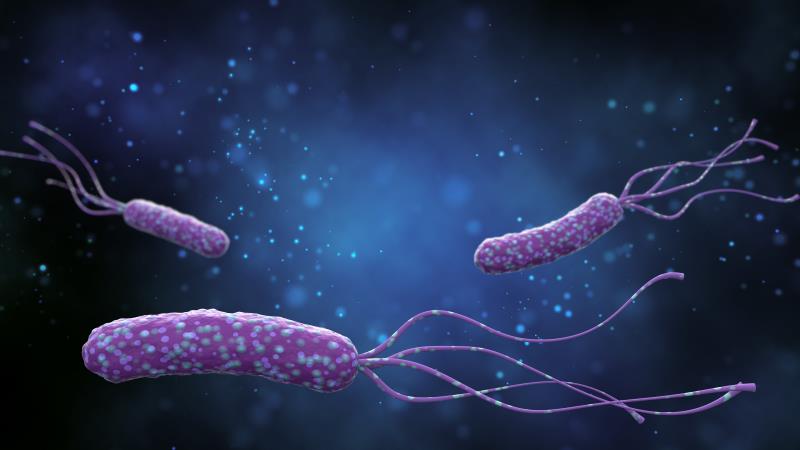 Treatment of Helicobacter pylori (H. pylori) infection is not linked to an increased risk of Clostridium difficile (C. difficile) infection, according to a retrospective cohort study.

However, due to the lack of information on PPI duration of use and its ease of availability, the non-association between PPI therapy and C. difficile infection cannot be established, said the researchers.

Of the 28,818 patients who received eradication therapy, 26.2 percent had a confirmation of eradication, while 3.2 percent tested positive for H. pylori infection upon retesting.

Confirmed eradication was not tied to an increased risk for C. difficile infection (OR, 1.49, 95 percent CI, 0.67–3.29). The researchers acknowledged that this finding could either be statistical (eg, sample size, insufficiently powered) or reflect a true lack of association.

“[Previous research has suggested] that eradication of H. pylori can be associated with antibiotic resistance, antibiotic-associated diseases, and changes in the microbiome that could have downstream consequences,” the researchers said. Of note is the potential link between treatment of H. pylori infection with subsequent C. difficile infection, they added.

In line with the findings from the present study, prior hospital admission or C. difficile infection should be considered before administration of H. pylori eradication therapy.

“[O]ur findings suggest that H. pylori should be continued to be treated when detected, given that it likely modifies future gastrointestinal disease risks, including peptic ulcer disease, gastric lymphoma, and adenocarcinoma,” they concluded, calling for further research to establish this finding as well as other risk factors that may predispose certain patients to C. difficile infection.