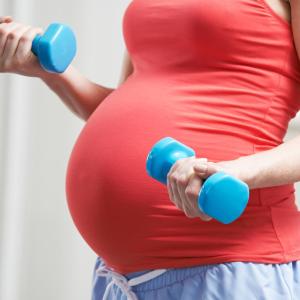 “Gut microbiota contributes to maturation of the immune system, colonization resistance to pathogens, and development of normal colonic structure,” explained Dr Sunny Wong of the Institute of Digestive Disease, Chinese University of Hong Kong. “Dysbiosis of the gut microbiota is observed in digestive diseases such as colorectal cancer, inflammatory bowel disease and Clostridium difficile infection, as well as metabolic diseases such as cardiovascular diseases and diabetes.”

FMT restores colonic microbial ecology by introducing gut flora obtained from faeces of healthy individuals. It is approved by the US FDA and the UK National Institute for Health and Care Excellence for the treatment of recurrent C. difficile infection.

“The procedure for the preparation and administration of FMT is simple. Around 50–300 g of faeces are first collected from a healthy donor and then dissolved in 50–100 mL of normal saline. After blending, the faecal materials are filtered through a metal strainer. The filtrate can then be administered to patients through several approaches, including oesophageal-gastro-duodenoscopy and colonoscopy,” explained Wong.

“The efficacy of FMT in the treatment of irritable bowel syndrome, obesity, diabetes, and treatment-naïve C. difficile infection will be evaluated in several ongoing studies,” he added.

There is also a growing body of evidence on the role of gut microbiota in the pathogenesis of NCDs.

“Diets rich in fat and/or carbohydrate are found to increase Gram-positive bacteria and reduce Gram-negative bacteria in the gut, leading to intestinal hyperpermeability and increased endotoxin levels,” she explained. “This in turn promotes nuclear factor-κB activation and proinflammatory response, which contributes to the development of various NCDs, such as cardiovascular diseases and type 2 diabetes.”

In a clinical trial, dietary intervention with a diet based on whole grains, traditional Chinese medicinal foods and prebiotics was associated with enhanced intestinal barrier integrity, reduced circulating antigen load, and amelioration of inflammatory and metabolic phenotypes. [FEMS Microbiol Ecol 2014;87:357-367]

“Future research should focus on addressing NCDs via gut microbiota manipulation using a food-based approach,” suggested Madan. “One possible way to start with is to identify active components from Asian traditional foods.”