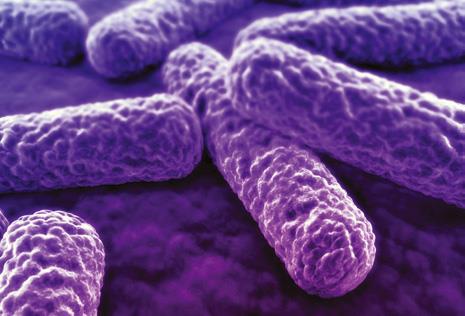 Men with prostate cancer have altered gut microbiota composition, according to a study presented at the recent Annual Congress of the European Association of Urology (EAU 2022). This association may partly explain the documented links between lifestyle or geographic location and prostate cancer.

“There are significant variations in prostate cancer rates around the world, which could be due to genetic factors or differences in healthcare policies, but also variance in lifestyle and diet,” explained Professor Peter Boström, head investigator of the study. “The difference in gut microbiota between men with and without prostate cancer could underpin some of these variations.”

The clinical prospective multicentre trial enrolled 181 men who were suspected to have prostate cancer according to prostate-specific antigen levels 2.5–20.0 µg/L or abnormalities in a digital rectal exam. Participants also underwent magnetic resonance imaging and transrectal ultrasound biopsies, during which rectal swabs were collected and subsequently subjected to 16s rRNA gene sequencing.

A total of 108 participants were found to have prostate cancer, yielding a rate of 60 percent. In general, lifestyle factors were generally balanced between those with malignant disease vs benign lesions, except for smoking, which was recorded at lower frequencies among cancer patients. [EAU 2022, abstract A0949]

Meanwhile, gut microbial profiles differed significantly between participant groups. The potentially pathogenic taxa of Escherichia and Shigella, for example, were enriched in cancer patients, as were members of the family Erysipelotrichaceae. In contrast, Jonquetella, Moryella, Anaeroglobus, and Corynebacterium were all reduced in those with malignant disease.

Using Wilcoxon rank sum analysis, the researchers found a borderline significant but negative correlation between plasma testosterone levels and the predicted microbial 5-AR activity (p=0.057). When looking solely at the 17 men on 5-AR inhibitors, plasma concentrations of estrone (p=0.027) and oestradiol (p=0.054) were deemed to be important indicators of increased microbial 5-AR action.

“This is a striking finding from a large well-conducted trial,” according to Lars Dyrskjøt Andersen, member of the EAU 2022 Scientific Congress Committee of Urology and a professor of molecular medicine at the Aarhus University.

“We should be careful with observed associations when it comes to complicated epidemiology, and no cause-and-effect measures can be determined based on this, but certainly the gut microbiota could be an important area to investigate further to enhance our understanding of prostate cancer risk,” Andersen said.

“More research is needed to look at the potential for using gut microbiota for both diagnostic and preventive strategies,” Boström added.