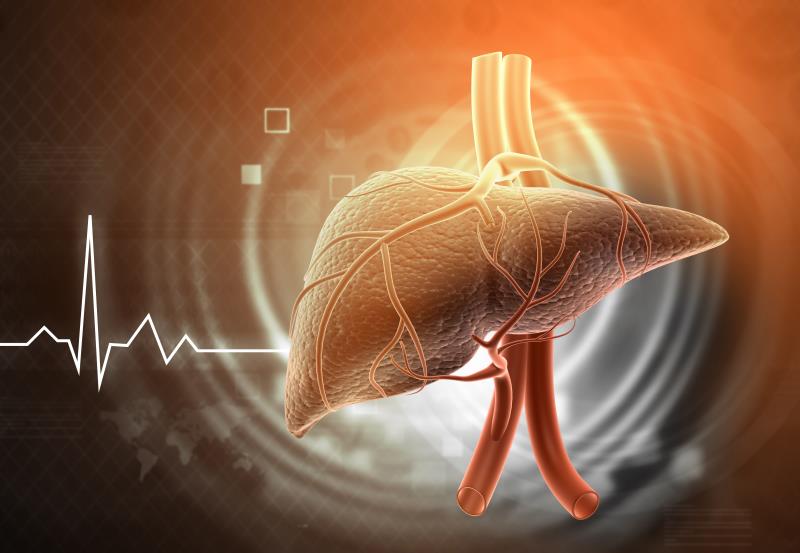 “NAFLD and its progressive form, NASH*, are associated with significant morbidity and mortality … NAFLD is highly prevalent, poorly understood, and still has no FDA-approved treatments,” said Dr Laura Dichtel from the Massachusetts General Hospital and Harvard Medical School, Boston, Massachusetts, US, at ENDO 2022.

GH deficiency has been implicated in the development of NAFLD. As such, Dichtel and colleagues sought to evaluate the effect of GH administration on hepatic steatosis, inflammation, and fibrosis in 53 adults (mean age 45 years, 50 percent female, BMI 33 kg/m2) with NAFLD that was confirmed histologically or via imaging. They were randomly assigned 1:1 to receive daily subcutaneous GH or placebo for 6 months. Of these, 41 completed the trial. Baseline intrahepatic lipid (IHL) content was 21.4 percent.

IHL dropped significantly in the GH arm whereas the placebo arm saw an increase (change in absolute percent, –5.1 percent vs 3.8 percent; p=0.003). A comparison between the two arms yielded a net treatment effect of an 8.9-percent reduction in IHL with GH vs placebo.

After adjusting for age, sex, change in weight, and change in HOMA-IR***, significant effects with GH vs placebo were seen in IHL (p=0.012) and ALT (p=0.015), with a trend towards improvement in cT1 score (p=0.088). The improvements in these three parameters achieved significance when participants with ≥3-percent weight loss were excluded in a secondary analysis (p=0.001, p=0.040, and p=0.050 for IHL, ALT, and cT1 score, respectively).

Of note was the similar effect on weight change between the GH and the placebo arms over the 6-month treatment phase (–0.7 percent vs –0.6 percent; p=0.7). “This is important because as little as 3–5 percent weight loss can improve NAFLD,” Dichtel stressed. “This could be a substantial confounder in our study.”

The only treatment-emergent side effect associated with GH was mild oedema (19 percent); this was not seen in the placebo arm. No serious treatment-related adverse events were reported.

“[Overall, our findings show] that GH administration improved NAFLD in adults with overweight and obesity. The mechanisms underlying the improvement in NAFLD with GH may lead to novel therapeutic targets, which are greatly needed,” said Dichtel and colleagues.

The investigators called for future trials to ascertain the mechanisms that could further elucidate the effects of GH on NAFLD to validate its potential as a therapeutic alternative for the disease. “[F]urther research on GH [and the] insulin-like growth factor 1 axis may help with identification of therapeutic options,” they noted.