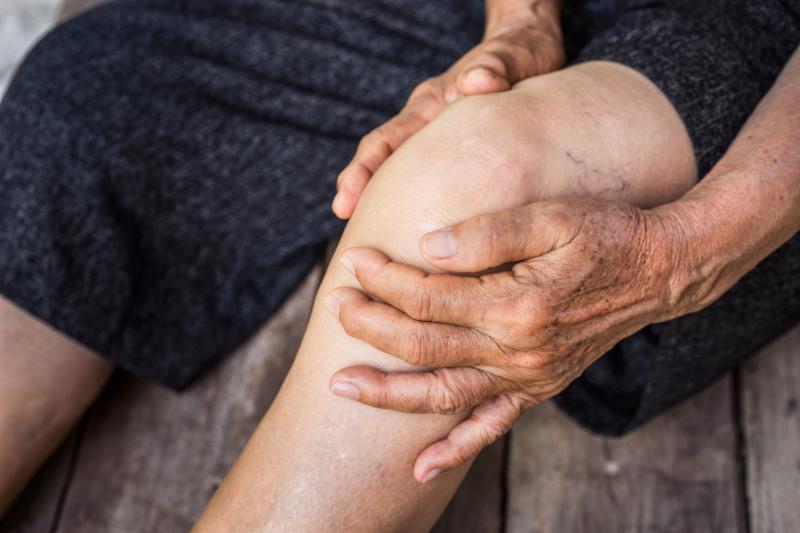 Women with gout appear to have an elevated risk of severe knee osteoarthritis (KOA) requiring total knee replacement (TKR), according a Singapore study.

Of the 51,858 subjects of Chinese ethnicity aged 45–74 years at recruitment in the SCHS* who were included in this analysis, 1,435 underwent TKR due to severe knee osteoarthritis after a mean 9.7-year follow-up period (mean age at TKR 68.5 years, 83 percent female).

“Women, especially non-obese ones, who suffer from gout had a higher chance of undergoing TKR due to severe KOA, suggesting that hyperuricaemia or gout is linked to the more severe form of KOA. The findings are not apparent in men, possibly due to the small number of men undergoing TKR in our study,” said study lead author Dr Teng Gim Gee, senior consultant from the Division of Rheumatology, National University Hospital Singapore.

“The explanation for why this finding was observed in leaner women could be that high BMI has a much higher impact on KOA, thus obscuring the impact of gout on the disease,” she said.

“[R]ecent studies have evaluated the role of crystal deposits and their associated cellular, biomechanical, and biochemical factors in cartilage degeneration, the hallmark of osteoarthritis,” said the researchers. “[W]e hypothesize that the [monosodium urate] crystals, which connect the pathogenesis of two inflammatory diseases, ie, gout and KOA, may be a more prominent pathway in women compared to men, due to the higher propensity to develop severe KOA among women.”

Physician-diagnosed gout was self-reported in this study, which could lead to potential misclassification, and the observational study only allowed for associations and not causality to be determined, said the researchers, describing some of the study limitations.

“We speculate that management of gout or hyperuricaemia may reduce the severity of KOA, and this needs to be validated in other studies. However, this does not negate the importance of weight loss as the mainstay of treatment for KOA, particularly in those with higher BMI,” said Teng.

“We would recommend more epidemiological studies conducted in other populations to look at the association between gout and asymptomatic hyperuricaemia, and the progression of KOA, to validate our findings. We also hope to see more experimental studies to evaluate possible molecular pathways mediated by uric acid crystals in the pathogenesis of osteoarthritis,” she said.