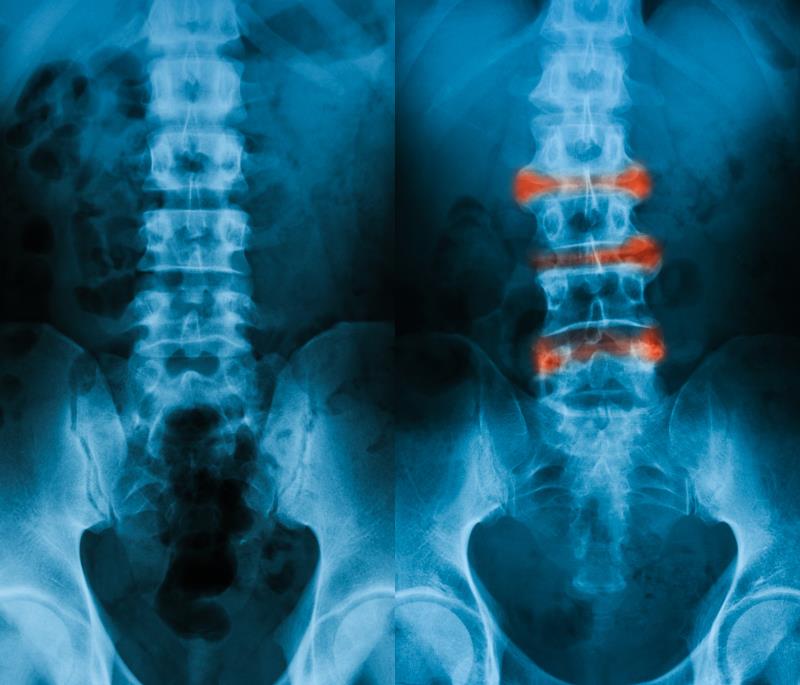 The efficacy of the monoclonal anti-TNF* antibody golimumab was maintained in patients with active ankylosing spondylitis (AS) through 1 year, according to the updated results of the GO-ALIVE** study.

“A consistent, high level of response was observed … [and] golimumab concentrations were maintained at a steady state in both treatment groups through 1 year,” said the researchers. These findings come on the heels of the initial results­, wherein the primary endpoint – ASAS20*** – and all controlled endpoints were achieved at week 16 and maintained through week 28. [J Rheumatol 2018;45:341-34]

As previously reported, 208 individuals with AS were randomized 1:1 to receive intravenous infusions of golimumab 2 mg/kg (weeks 0, 4, and every 8 weeks [Q8W] thereafter) or placebo (weeks 0, 4, and 12). Placebo recipients crossed over to golimumab at week 16 and continued to receive the study drug at week 20 and Q8W thereafter. The current efficacy assessment ran through week 52, while safety was monitored until week 60. [J Rheumatol 2019;46;1277-1283]

Following crossover to golimumab at week 16, favourable responses were achieved as early as week 20 and remained steady through week 52, the researchers pointed out. “This rapid improvement may be … partially attributed to the placebo response occurring through week 16 in these patient-driven outcomes, with further improvement upon switching to golimumab.”

Mean changes in Bath Ankylosing Spondylitis Functional Index (BASFI) and AS Quality of Life index (ASQoL) scores from baseline to week 52 were similar between the golimumab and placebo crossover arms (-2.7 and -2.6 [BASFI]; -5.5 and -5.4 [ASQoL]).

About 55 percent of all golimumab recipients reported ≥1 adverse events (AE) through week 60, with 3.4 percent having ≥ 1 serious AE. There were only a few participants who discontinued treatment through 1 year.

“[O]ver 90 percent of patients completed study infusions through week 52 … Moreover, the safety events through 1 year … were consistent with other anti-TNF therapies in AS; [however,] it should be noted that this study was not powered to detect rare events,” said the researchers.

AS is potentially debilitating due to the reduced spinal mobility brought about by the progressive spinal stiffness, consequently leading to a substantial impairment in health-related quality of life. [Hip Pelvis 2017;29:211-222; Arthritis Rheum 2007;57:1050-1057] Current treatment recommendations include non-steroidal anti-inflammatory drugs (NSAIDs) and anti-TNF agents for cases that do not respond well to NSAIDs. [Arthritis Rheumatol 2016;68:282-298]

Taken together, the findings show that golimumab effectively reduced the signs and symptoms of AS among NSAID nonresponders with sustained response through 1 year, thereby reinforcing evidence reflecting the potential of golimumab in this setting, concluded the researchers.