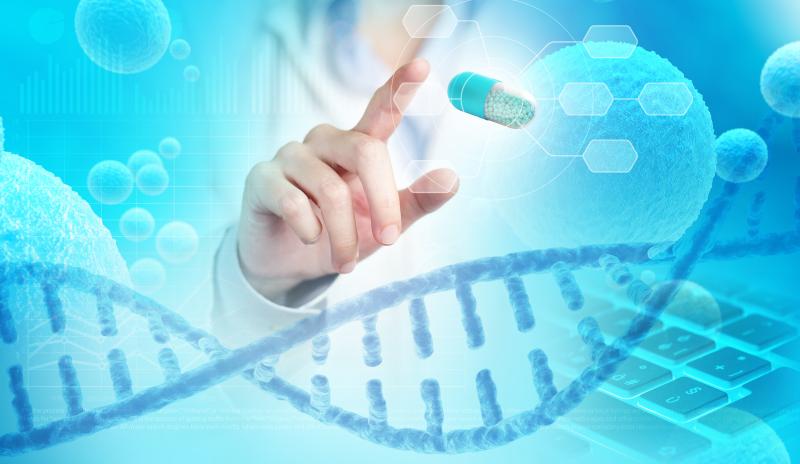 “Asthma is a common condition in children that causes coughing, wheezing, and difficulty breathing… We have a number of medicines that are generally effective in treating children with asthma, but they don’t work equally well for all children,” according to study co-author Dr Tom Ruffles from the Royal Alexandra Children’s Hospital and Sussex Medical School in Brighton, UK, who presented their results at this year’s virtual European Respiratory Society (ERS) congress.

“We think that genetic differences could have an effect on whether these medicines work, and that’s what we wanted to examine in this study,” Ruffles added.

In PACT, 241 children with asthma aged 12–18 years taking inhaled corticosteroid were randomized to receive personalized care (n=121) or standard care (n=120). Those in the standard care group were treated according to the British Thoracic Society guidelines.

Children in the personalized medicine group, on the other hand, provided a sample of cells scraped from the inside of their cheeks to be used for rs1042713 genotyping. Patients were given montelukast if they had the A/A or A/G genotype, otherwise, they received LABA.

Compared with standard care, personalized medicine resulted in a small improvement in the primary endpoint of quality of life, assessed using the paediatric asthma quality of life questionnaire (PAQLQ), at the 12-month follow-up (PAQLQ score difference, 0.16, 95 percent confidence interval [CI], 0.00–0.31; p=0.049). This difference, however, was below the clinical threshold of 0.25. [ERS 2020, abstract 4617]

In a subgroup analysis, the quality of life advantage with personalized medicine was particularly pronounced in children with two copies of the altered gene (A/A genotype; about 15 percent of the population; PAQLQ score difference, 0.42, 95 percent CI, 0.02–0.81; p=0.041).

Explaining why the results were a little less than expected, Ruffles pointed out that “for a well-controlled population, 65 percent [of the children] did not experience genotype-based prescribing.”

Moreover, “the children’s asthma was generally very well controlled and only a few children experienced any serious symptoms during the 12-month period,” said lead study author Somnath Mukhopadhyay from the Royal Alexandra Children’s Hospital and Sussex Medical School in a statement.

“Larger trials, with a focus on those with poorer asthma control, may help us determine the true benefit for children of prescribing in this way,” Mukhopadhyay added.

Overall, the data are very promising, “because they show for the first time, that it could be beneficial to test for certain genetic differences in children with asthma and select medication according to those difference,” he said, adding that genetic testing costs about less than 20 euros.

ERS Science Council Chair Professor Chris Brightling from the University of Leicester, UK, who was not involved in the study commented, “this approach of ‘personalised care’ for both children and adults with asthma is an important goal for respiratory research.”