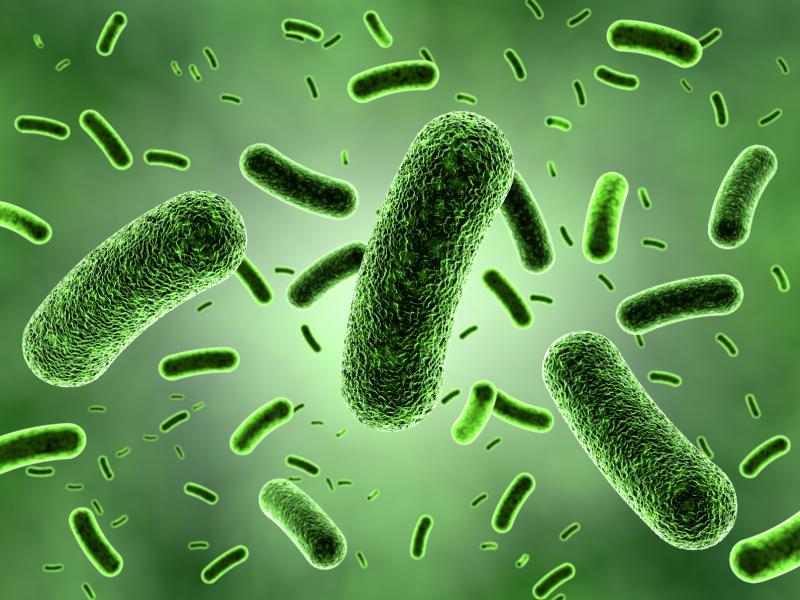 A team of scientists from Singapore has engineered probiotics that work to restore bile salt metabolism in the intestine, effectively nipping the development of Clostridioides difficile infection (CDI) in the bud.

“The engineered probiotics harboured a genetic circuit that comprises a sensor, an amplifier, and an actuator,” said the team, led by Associate Professor Matthew Chang from the Synthetic Biology Translational Research Programme at National University of Singapore (NUS) Medicine and NUS Synthetic Biology for Clinical and Technological Innovation (SynCTI).

Chang pointed out that the circuit was designed to deter the germination and growth of C. difficile through two actions: inhibition of germination via hydrolase-mediated deconjugation and inhibition of vegetative growth via the deconjugated product cholate. The probiotic host chosen was E. coli Nissle 1917, given its long safety record in humans. [Nat Commun 2017;8:15028; Nat Commun 2019;10:5580]

The sensor’s function, according to Chang, was to detect the presence of sialic acid, a proxy signal for microbiome imbalance. It activated the actuator, which then produced an enzyme that could modulate the bile salt metabolism and reduce the germination of the C. difficile spores that cause CDI. Finally, the amplifier helped with boosting the activation by the sensor to increase the production of the said enzyme.

In in vitro experiments, the engineered probiotics reduced the germination of the C. difficile spores by as much as 98 percent, as well as significantly suppressed the growth of vegetative cells of C. difficile. Furthermore, the probiotics effectively lowered mortality and morbidity in CDI murine models, as evidenced by a 100-percent survival rate and improved clinical outcomes. [Nat Commun 2022;doi:10.1038/s41467-022-31334-z]

“This work presents a targeted microbiome-modulation strategy that harnesses the host–pathogen microenvironment as the intervention target to limit the pathogenesis of infection. We based this strategy for CDI on several findings from prior studies,” Chang said.

“This imbalance in the host–pathogen microenvironment was the primary intervention target for our work, in which probiotics were genetically modified to aid in the restoration of intestinal bile salt metabolism in response to antibiotic-induced microbiome dysbiosis,” according to Chang.

Considering the findings, Chang and his team believe that the engineered probiotics can be used as adjuvants to standard antibiotic therapy against CDI, providing support in inhibiting and killing vegetative, virulent C. difficile cells while preventing further germination of C. difficile spores.

“Notably, our engineered probiotics, which are gram-negative bacteria, can withstand the standard CDI antibiotic therapy that includes vancomycin, therefore enabling co-administration. This combination therapy may enhance the efficacy of antibiotic therapy against CDI, which disrupts the intestinal microbiome and bile salt metabolism,” Chang pointed out.

“[Additionally], the engineered probiotics can be administered to patients at high risk who are to undergo antibiotic therapy to prevent the potential onset of C. difficile infection. This probiotic administration could continue during and following antibiotic therapy, enabling the normal microbiome to repopulate the intestine, and offering protection against CDI,” he added.