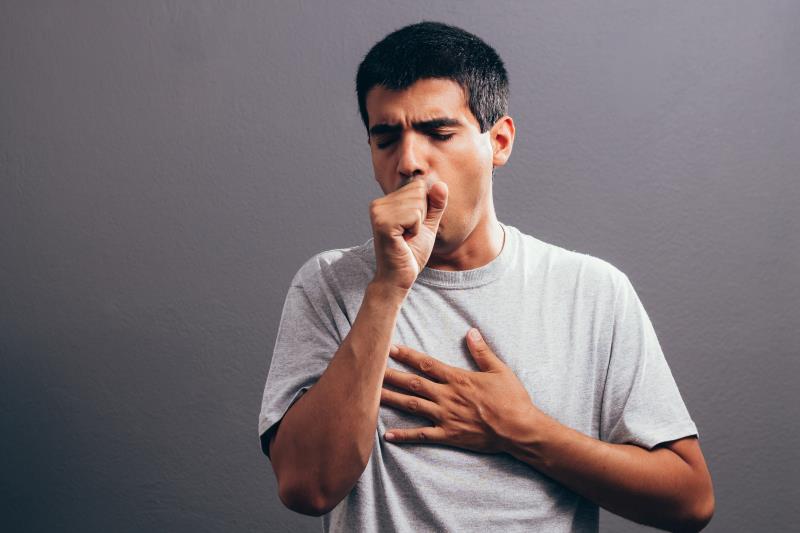 “There are currently no approved treatments for refractory or unexplained cough,” said presenting author Professor Lorcan McGarvey from Queen’s University of Belfast, UK.

“These studies are the first successful companion phase III trials of patients with refractory or unexplained chronic cough, and they provide evidence to support gefapixant as a potential novel treatment option for these patients with unmet needs,” he added.

Chronic cough refers to cough lasting >8 weeks, explained McGarvey. Chronic cough that persists despite treatment of underlying conditions associated with such cough (eg, GERD or asthma) is known as refractory, while one which occurs when no known associated condition can be diagnosed is considered as unexplained.

Both COUGH-1 and -2 were similar double-blind phase III studies which randomized 2,044 patients in total (mean age 58 years, 75 percent female, mean cough duration 11 years) to twice-daily gefapixant 45 mg or 15 mg or placebo. The primary endpoint of cough frequency over 24 hours was assessed at 12 weeks in COUGH-1 and at 24 weeks in COUGH-2. [ERS 2020, abstract 3800]

The difference between groups was significant despite the response in the placebo arm being greater than expected (53–57 percent across two trials), noted McGarvey.

In addition, cough-related quality of life was significantly improved at 24 weeks among patients treated with gefapixant 45 mg vs placebo, as indicated by change in LCQ** total score (estimated difference, 6.58; estimated odds ratio, 1.41; p=0.042).

The 15 mg gefapixant dose, however, did not achieve statistical significance vs placebo for any of the outcomes above.

Overall, the incidence of adverse events (AEs) was higher in the 45 mg gefapixant group than the placebo or the 15 mg groups. AEs leading to discontinuations were also more common in the 45 mg arm vs the other two arms.

“The frequency of overall AEs and discontinuations due to AEs increased in a dose-dependent manner … and [these] were most frequently due to taste-related AEs [in the 45 mg gefapixant group].”

Serious AEs were rare and occurred at similar rates among the three groups, he added.

Nonetheless, experts cautioned against jumping straight into using gefapixant without thoroughly ruling out other possible underlying causes of chronic cough.

“[Clinicians should] practise intervention fidelity by closely adhering to the best clinical practice guidelines for chronic cough management … [This is] important to avoid cough due to treatable underlying causes being left undiagnosed and falsely labelled as unexplained,” wrote experts in a linked editorial for the phase IIb study. [Lancet Respir Med 2020;doi: 10.1016/S2213-2600(20)30083-7]