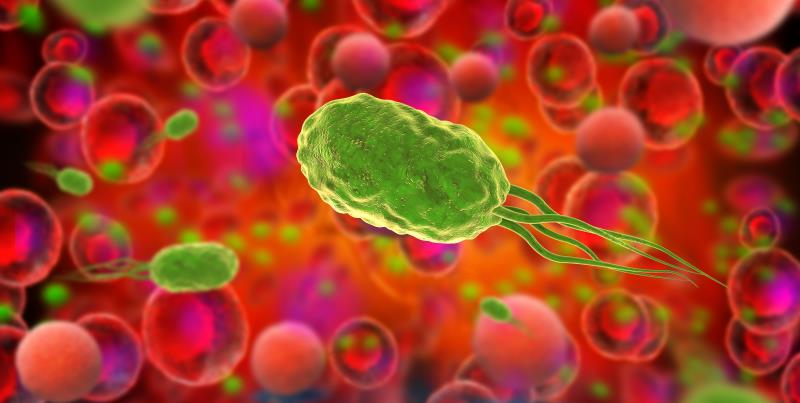 Individuals with type 2 diabetes mellitus (T2D) may be at risk of developing gastric cancer even after receiving Helicobacter pylori (H. pylori) eradication therapy, demonstrated a study from Hong Kong.

“T2D was associated with an increased gastric cancer risk in H. pylori-infected patients who had received eradication therapy, especially those with suboptimal glycaemic control and who did not use metformin,” said the researchers.

Over a median 7.1 years, 0.33 percent of patients (n=153, median age 72.4 years) developed gastric cancer, of which 31 and 88 were in the cardia and non-cardia regions, respectively. The incidence rate of gastric cancer was 7.3 and 4.1 per 10,000 person-years among patients with and without T2D, respectively.

This suggests that tight glycaemic control may alleviate gastric cancer risk in patients with T2D, said the researchers.

Not adjusting for aspirin, non-steroidal anti-inflammatory drugs, COX-2 inhibitors, or proton pump inhibitors (PPIs) did not significantly affect the findings. However, the association between T2D and gastric cancer was no longer significant in analysis that did not adjust for use of statins, statins plus aspirin, and all drugs. Additionally, gastric cancer risk was further elevated when comorbidities were excluded (adjHR, 1.92; p=0.002).

“[W]e demonstrated a potential source of bias, whereby the association between T2D and gastric cancer decreased toward null if the use of certain medications was not properly adjusted for and cancer risk was inflated if comorbidities were not considered … further illustrat[ing] the importance of adjusting for concomitant medications and comorbidities,” the researchers noted.

Previous studies on the T2D-gastric cancer link have yielded contradictory findings, with some showing an elevated risk and others demonstrating no association between the two conditions. [World J Gastroenterol 2013;19:936-945; Oncotarget 2017;8:44881-44892] In addition, a Japanese study showed that patients with H. pylori with higher HbA1c levels had greater risk for gastric cancer than those with lower HbA1c levels. [Gastroenterology 2009;136:1234-1241]

“Failure to stratify patients with [diabetes] by H. pylori infection might be an important reason for this disparity,” suggested the researchers, citing other potential reasons such as variation in study design and patient ethnicity. They also acknowledged that lack of information on precancerous changes prior to H. pylori treatment, diet, and family history of gastric cancer in this study could have affected the results and recommended that patients with T2D undergo screening for gastric cancer following H. pylori treatment.