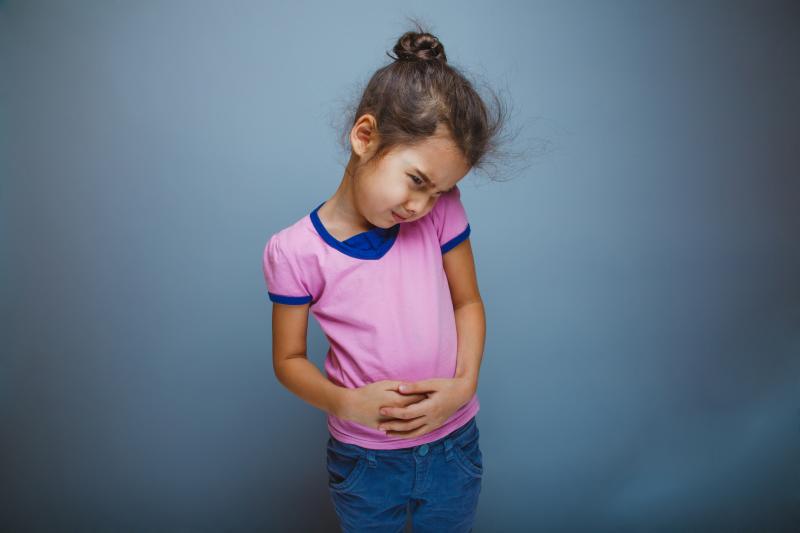 Functional abdominal pain among inflammatory bowel disease children in remission (IBP-FAPD) is common and leads to worse fatigue and lower health-related quality of life (HR-QoL), a recent study has found. Past disease severity does not significantly predict IBP-FAPD.

The study included 102 IBD patients in whom the average age was 15.0±2.0 years and 56 percent were boys. Only those that had IBD for >1 year and were in remission for ≥3 months were eligible. The Rome III questionnaire was used to screen for IBP-FAPD. Patient- and/or parent-reported outcomes, such as fatigue, depression, and HR-QoL, were included in the analysis.

Of the participants, 22 met the criteria for at least one functional gastrointestinal disorder and 17 were ultimately diagnosed with FAPD, yielding an incidence rate of 16.66 percent. Median levels of faecal calprotectin did not differ between those with vs without IBD-FAPD (144 vs 30 µg/g; p=0.30).

Multivariable logistic regression models confirmed the null impact of faecal calprotectin on IBD-FAPD risk and additionally found that none of the examined variables, including prior disease severity, could significantly predict IBD-FAPD.

Nevertheless, IBD-FAPD carried significant psychosocial consequences for children, including significantly greater fatigue, as reflected by lower scores in the paediatric Functional Assessment of Chronic Illness Therapy-Fatigue relative to non-IBD-FAPD participants (p=0.01). Per-domain analysis found that such an effect was driven by greater tiredness among IBD-FAPD kids (p=0.0008), with no significant difference in scores in the energy subscale.

Moreover, HR-QoL was significantly worse in those with IBD-FAPD (p=0.04), particularly in terms of bowel symptoms (p=0.003) and systemic symptoms (p=0.008). Notably, no between-group differences were reported for depression and anxiety.