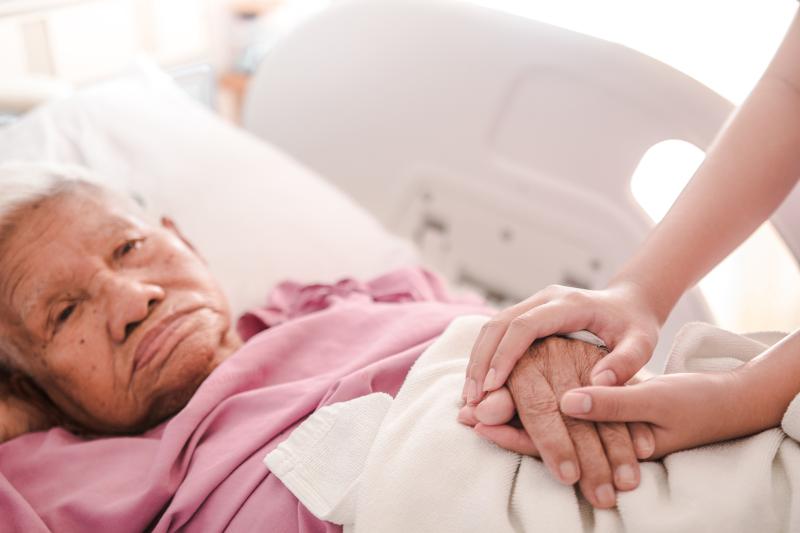 Frailty is predictive of new-onset urinary incontinence (UI) and death among older adults up to 1 year after hospitalization, a study suggests.

The prospective cohort study involved 210 older adults (mean age 89.4 years, 69.5 percent female) who were admitted to Tan Tock Seng Hospital, Singapore, for an acute medical illness. They were classified as being frail if they showed any three of the five components comprising fatigue, resistance, mobility, illnesses, and weight loss on the FRAIL* scale. The participants were followed up on UI and mortality at 6 and 12 months after hospitalization. [J Am Med Dir Assoc 2018;doi:10.1016/j.jamda.2017.12.103]

Compared with non-frail participants, frail individuals were also more likely to report a history of UI (64.8 percent vs 30.5 percent; p<0.001).

“Our study suggests that frailty independently increases the risk of incident UI by 2.7 times … This leads to a strong case that UI may be a result of frailty in some individuals, and a contributor to frailty in others, which ultimately leads to a spiralling cascade of deteriorating frailty status and UI,” said the researchers led by Dr Edward Chong from Tan Tock Seng Hospital.

“In Singapore, UI has been found to range from 4.6 percent to 14.5 percent. Despite the high prevalence, it is well recognized that many cases of UI remain underreported or are diagnosed at later stages of severity, resulting in inappropriate and/or delayed medical management,” said Chong and co-authors.

“Hence, greater emphasis should be given to identifying and managing UI during hospitalization and after discharge, especially among frail older adults,” they suggested, calling for routine frailty status assessment among older adults admitted to hospitals.

“In addition, high-risk patients should be closely monitored for the possible development of UI following their discharge in order to deliver appropriate medical management early,” added the researchers.