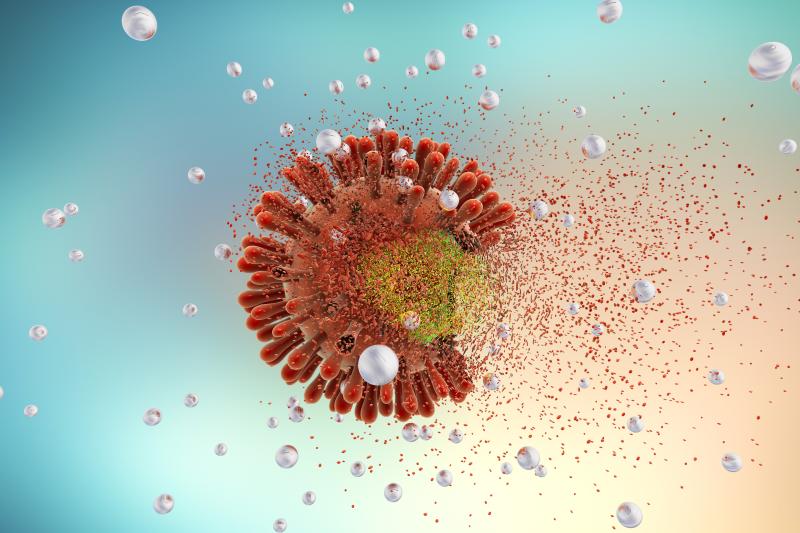 The use of the investigational first-in-class attachment inhibitor fostemsavir led to improved baseline viral and CD4+ T-cell counts in patients with HIV-1 infection who had limited treatment options and were failing their current antiretroviral regimen, according to the subgroup analysis results of the BRIGHTE* study presented at AIDS 2018.

Fostemsavir use also resulted in a median decline in HIV-1 RNA of 1 log10 copies/mL among patients with baseline HIV-1 RNA >1,000 copies/mL at day 8.

Achieving a meaningful reduction in viral load in a span of one week is a promising outcome, noted the researchers, considering the participants’ limited treatment options and drug resistance.

Participants with a low baseline CD4+ count (<20 cells/µL) had an average increase of 97 cells/µL which, according to the researchers, is comparable in magnitude to the mean change in all other baseline CD4+ categories.

Establishing a regimen that could reduce viral load to undetectable levels and improve CD4+ count is important, as high baseline viral load and low CD4+ count increase the risk of developing comorbidities and HIV progression and transmission. [CD4, viral load, and other tests, www.aidsmap.com, accessed 6 August 2018]

These findings underscore the potential of fostemsavir in addressing the issue of antiviral resistance, which remains an unmet need in heavily treatment-experienced patients with HIV. [J Pharm Sci 2013;102:1742-1751; Infect Disord Drug Targets 2011;11:124-133]