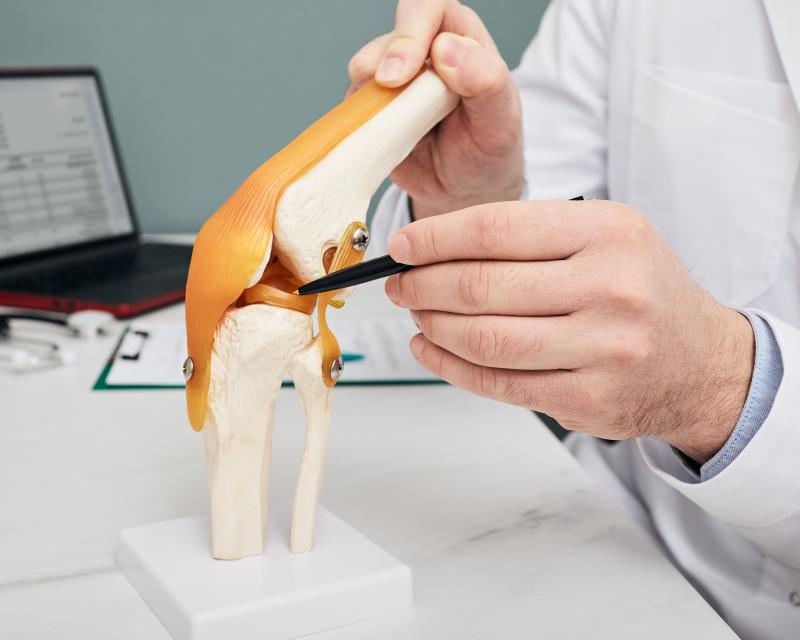 In patients in knee osteoarthritis (OA), the disease-modifying OA drug (DMOAD) sprifermin produces a favourable change in articular cartilage, which is sustained for more than 3 years after treatment, according to 5-year data from the FORWARD* trial.

“Sprifermin … was shown to increase articular cartilage thickness compared with placebo … at the primary endpoint (year 2) of the FORWARD trial and was well tolerated. Structural benefits with sprifermin were observed in a subgroup at risk (SAR) of progression, who also demonstrated improvements in pain over placebo at year 3 follow-up,” the investigators pointed out.

“Here we show that long-term structural modification of articular cartilage was maintained with sprifermin versus placebo over a 3.5-year to 4-year post-treatment period. Similar maintenance of structural improvements over this time was seen in the SAR, and clinically relevant improvement in pain over placebo in this subgroup was also sustained up to year 5 follow-up,” they added.

Pain also subsided across all treatment groups, with scores on Western Ontario and McMaster Universities Osteoarthritis Index (WOMAC) decreasing by about 50 percent. In addition to this, none of the patients who received the 100 µg q6mo regimen underwent replacement of the treated knee.

AEs occurred in 96–98 percent of patients in the active treatment groups and 98 percent of those on placebo. Most AEs were mild or moderate and considered unrelated to treatment. AE-related study withdrawals were <10 percent.

“The pain benefit of sprifermin in [the SAR] subgroup required 2–3 years to become clinically relevant, in line with the hypothesis that this occurs subsequent to structural modification of cartilage thickness. These results are plausible, as patients with less minimum JSW, lower cartilage thickness, and more pain at baseline are more likely to symptomatically benefit from cartilage structural modification than those with only mild disease,” the investigators explained.

It indicates that relatively long observation intervals may be needed to establish the translation of structural modification into symptomatic benefit, they added.

Despite being exploratory and the SAR subgroup comprising a modest number of patients, the 5-year FORWARD data are said to confirm the long-term structural benefit with sprifermin, with potential durable clinical benefit and disease modification for knee OA and no safety concerns.

“The FORWARD trial had the longest follow-up time for DMOAD efficacy using quantitative imaging and provides an exemplar for the feasibility of long-term OA trials. Enrichment of patient populations with higher likelihood of structural and symptomatic progression may increase the chance of successful DMOAD development,” the investigators said.