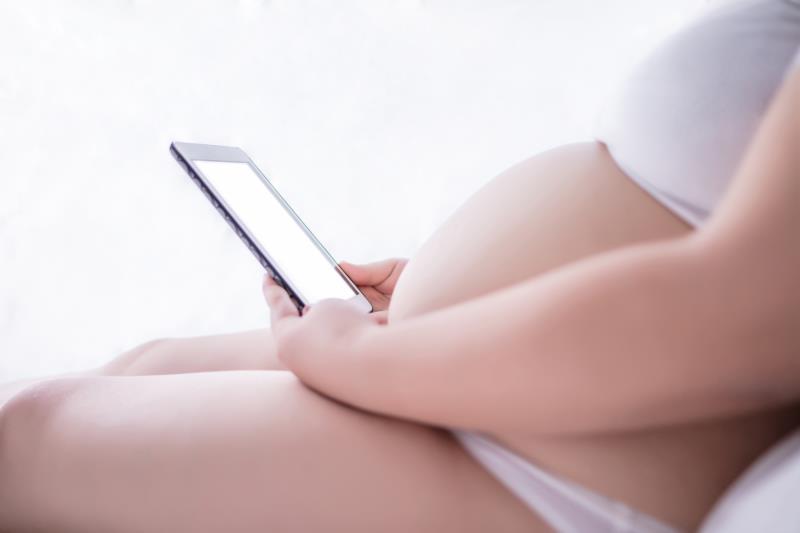 “Overweight and obese pregnant women are often at an increased risk of a series of maternal and offspring adverse outcomes,” said the researchers led by Dr Li Ling-Jun of KK Women's and Children's Hospital, Singapore.

Current management of overweight/obese women during pregnancy is based on healthy eating practices as set out in standard dietary guidelines, but the effectiveness was limited by low compliance, inefficient delivery of intervention, and delayed feedback.

“Our food-coaching app is more flexible and interactive and has greater variety of communication modalities, thus overcoming all aforementioned limitations in current technology,” they stated.

In the prospective study, 30 overweight and obese women were randomized 1:1 during 18–20 weeks of gestation to the intervention (mean age 29.3 years) or the control group (mean age 30.7 years). The intervention group received real-time food coaching for 8 weeks using a smartphone app, in addition to standard pregnancy dietary orientation received by the control group. The app allows participants to upload photos of their food and receive real-time guidance by professional dietitians.

“Although our pilot results were not significant, it provided proof of concept for the feasibility of applying such technology in future RCTs with a larger sample size, an earlier intervention onset, and a longer follow-up for overweight and obese pregnant women,” said Li and co-authors.

“Given the high smartphone usage rate (up to 80 percent) among Singaporeans and high prevalence (up to 30 percent) of overweight and obesity among pregnant women in tertiary hospital settings, use of a mobile app to promote healthy dietary intake is feasible and likely a promising intervention strategy,” they added.

The acceptability level of the app was also high among the participants. Ninety percent reported having “somewhat or greatly improved their own diet” with the app, 80 percent found the food-coaching guidance acceptably fast, and 75 percent of the users said the app was easy to operate.

As the study sample was small and there was substantial loss to follow-up, the researchers recommended that more studies be done to validate the results.

“Although the effect estimates are in the desired direction and supported the proof of concept as the primary focus in this pilot RCT, we still need to further verify the utility of such a smartphone app in a larger targeted population with an earlier phase intervention during pregnancy and a longer follow-up,” they said.