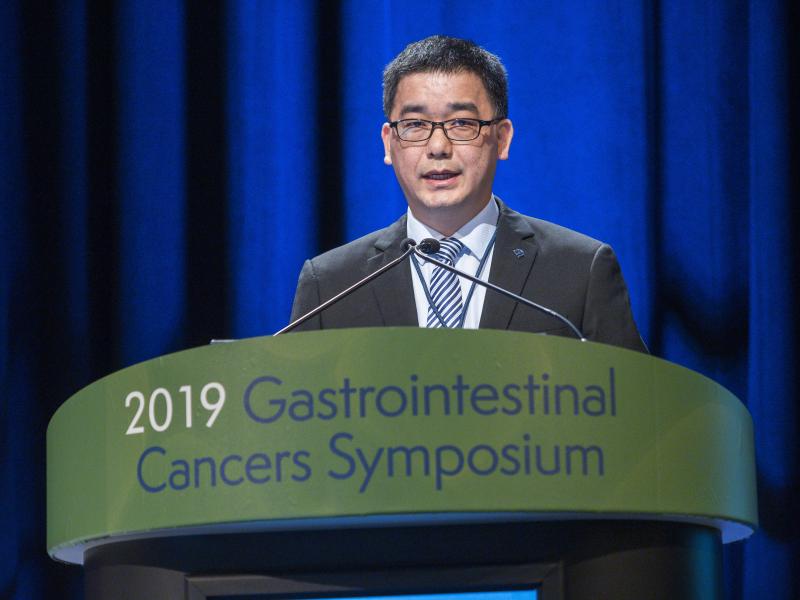 The combination of paclitaxel and FOLFOX led to an improvement in progression-free survival (PFS) compared with FOLFOX alone among chemotherapy-naïve patients with advanced gastric cancer, according to results from the phase II FNF-004* trial presented at ASCO GI 2019.

According to the researchers, while doublet regimens are a common treatment for advanced gastric cancer in East Asia, triplet regimens are recommended in Western countries, with some controversy as to which regimen is preferable.

Clinicians are usually reluctant to prescribe the triplet regimen as there is a high toxicity rate as well as little survival benefit, said Dr Rongbo Lin who presented the findings.

“[This study showed that] both paclitaxel plus FOLFOX and FOLFOX plus intraperitoneal paclitaxel improved survival compared with FOLFOX [alone],” said Lin.

“[However], only paclitaxel plus FOLFOX, and not FOLFOX plus intraperitoneal paclitaxel, improved response rate compared with FOLFOX [alone],” he said, pointing out that the addition of paclitaxel, be it intravenously or intraperitoneally, did not significantly increase toxicity in these patients.