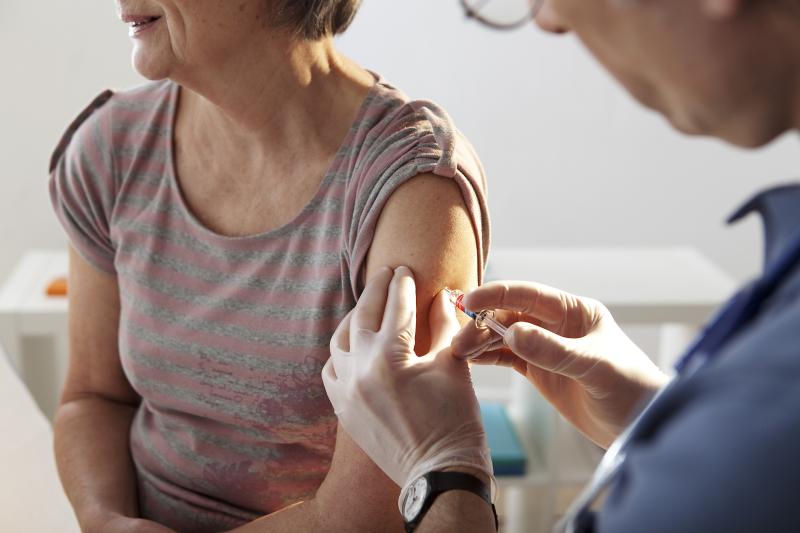 The study included 23 patients (mean age, 58.7 years), most of whom had been treated with an immune checkpoint inhibitor for at least 6 weeks at the time of trivalent influenza vaccination between October and November 2015. In these patients, the rate of irAEs was unusually high, at 52.2 percent (n=12), while the rate of grade 3/4 irAEs was 26.1 percent (n=6). [ELCC 2017, abstract 112P_PR]

“These rates are significantly higher than rates seen in unvaccinated patients treated with PD-1/PD-L1 inhibitors at our centre. In our unvaccinated patients, the rate of irAEs is 25.5 percent, while the rate of grade 3/4 irAEs is 9.8 percent,” said lead investigator Dr Sacha Rothschild of the University Hospital Basel, Switzerland. “A rate of 30 to 35 percent is generally reported in the literature.”

“Our hypothesis is that the vaccine results in an overwhelming activation of the immune system in this patient population,” said Rothschild. “Although routine influenza vaccination is recommended for cancer patients, there have been concerns that the vaccine may trigger an exaggerated immune response in patients treated with immune checkpoint inhibitors.”

“We currently advise a case-by-case decision when weighing the benefit and potential risk of seasonal influenza vaccination for patients receiving PD-1/PD-L1 checkpoint inhibitors as monotherapy,” he continued. “Although the rate of irAEs in our study is alarming, there are concerns for severe complications of influenza in lung cancer patients receiving immunotherapy because of concomitant structural lung disorders.”

“This study is the first to investigate the impact of influenza vaccination in lung cancer patients treated with immune checkpoint inhibitors. The results provide a hint of an increased risk of serious toxicities. However, until we have data from a larger cohort, at our institution we advocate influenza vaccination irrespective of concurrent treatment with immune checkpoint inhibitors,” commented Professor Egbert Smit of The Netherlands Cancer Institute.

Rothschild’s study included 14 patients with non-small-cell lung cancer, four with renal cell carcinoma, and three with melanoma. Twenty-two patients (95.7 percent) were treated with nivolumab, one (4.3 percent) was treated with pembrolizumab, and 12 (52.2 percent) had received at least two previous lines of chemotherapy. The study also included a control group of 10 age-matched, healthy partners of the patients, who received the same trivalent influenza vaccine.

All patients showed adequate immune response to the vaccine. Antibody titres did not differ significantly between patients and controls in all three viral strains. No severe adverse events attributable to the vaccine were noted 30 days after vaccination. No influenza was diagnosed in vaccinated patients in the 2015/2016 influenza season.