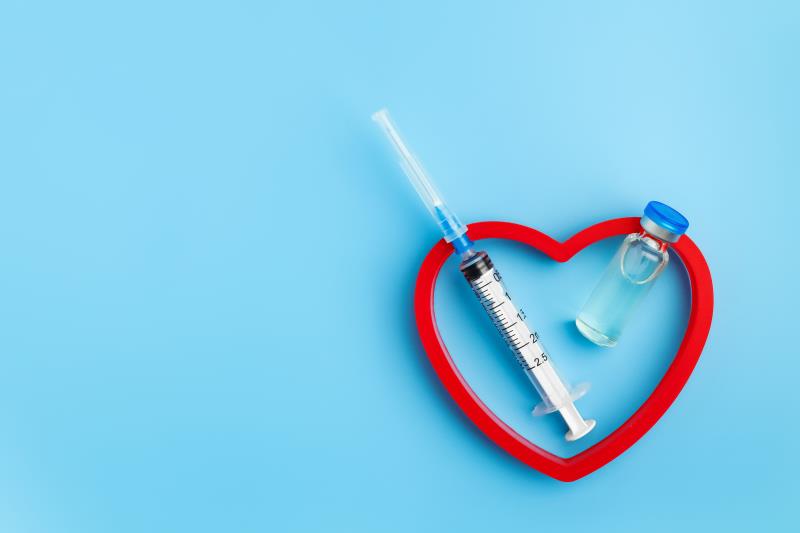 Receiving an influenza vaccination after hospitalization for an invasive coronary procedure or a myocardial infarction (MI) may reduce the risk of all-cause or cardiovascular (CV) death, according to results of the IAMI* trial.

“Our findings suggest that influenza vaccination saves lives and should be considered as part of in-hospital treatment after MI,” presented principal investigator Professor Ole Fröbert from the Örebro University Hospital, Örebro, Sweden, at ESC 2021.

This multinational, double-blind trial was conducted at 30 hospitals in eight countries over four influenza seasons from October 2016 to March 2020. A total of 2,571 adults** (mean age 59.9 years, 18.2 percent female) were randomized 1:1 to receive an influenza vaccine or placebo in hospital within 72 hours of an invasive coronary procedure or hospitalization for MI.

The incidence of serious adverse events (AEs) was rare and occurred at a comparable rate between the influenza vaccine and placebo groups. While type of serious AEs was similar between groups, injection-site reactions such as pain, redness, swelling, and hardening occurred more frequently among vaccine recipients.

“[The safety results] confirm … that influenza vaccine can be safely administered after a CV event,” Fröbert and co-authors said.

According to the authors, prior research has suggested that influenza vaccination may reduce the risk of CV events in patients with CV disease (CVD). However, these studies have either been observational or if randomized, conducted with a small sample size.

“The findings … indicate that in-hospital vaccination after MI during the influenza season is safe and offers protection equivalent to standard therapies like statins and angiotensin-converting enzyme inhibitors,” they continued.

They noted that none of the eight patients with high-risk stable coronary artery disease experienced an outcome event. As such, high-risk individuals with a recent acute coronary syndrome event may derive the greatest benefit from influenza vaccination.

As to the mechanism behind the benefit, vaccine-induced early immune activation and reduction of pro-inflammatory cytokines may have a role to play. “Another explanation to our findings is that influenza infection may trigger an acute CV event, and patients suffering from an MI are at the highest risk of a new CV event in the initial ensuing months, a time period where preventing influenza could be of particular importance,” they added.