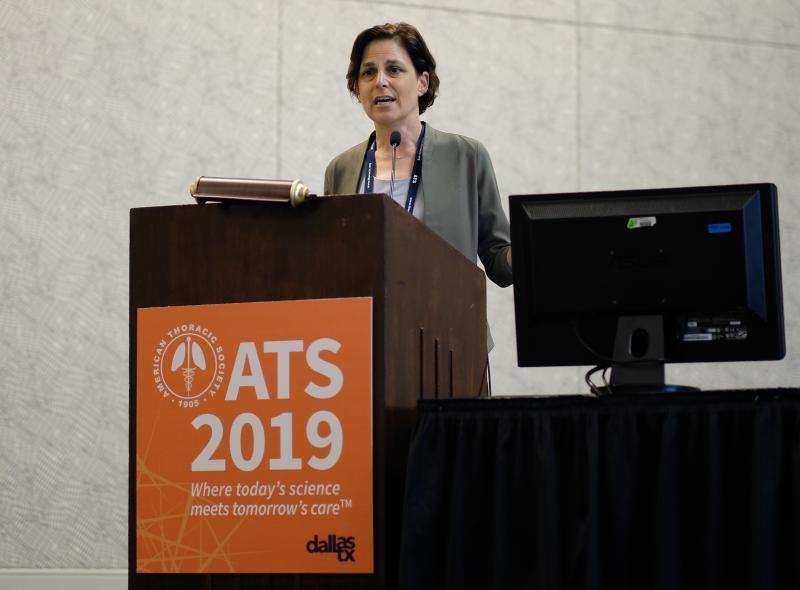 Influenza vaccination effectively reduced the risk of influenza-related hospitalizations in patients with chronic obstructive pulmonary disease (COPD) compared with those who were not vaccinated, according to a study presented at ATS 2019.

“Influenza virus has a huge impact on people with COPD,” said Dr Andrea Gershon from Sunnybrook Health Sciences Centre in Toronto, Canada. “COPD patients are susceptible to severe influenza complications … 70 percent of COPD exacerbations are infectious in origin, [with] influenza virus being the second most common virus.”

In the retrospective population-based study with a test-negative design, 21,748 community-dwelling older adults (23.0 percent aged 86 years, 50.3 percent male) with physician-diagnosed COPD who had been hospitalized in an acute care hospital were identified using health administrative data. Patients were tested for influenza within the 3 days prior to or during hospitalization and were categorized as either influenza cases or controls. [ATS 2019, abstract A2377]

A total of 3,636 (16.7percent) of the study population had laboratory-confirmed influenza and the remaining participants were test-negative controls, reported Gershon.

COPD patients who were vaccinated were 22 percent (95 percent confidence interval [CI], 15–27 percent) less likely to be hospitalized for influenza than those who were unvaccinated.

The difference between groups became as high as 43 percent (95 percent CI, 35–52 percent), which according to Gershon was “encouraging”, after further adjustment for factors that could potentially contribute to misclassification of vaccination status that led to undercaptured data.

“[There were] no significant variation among subgroups of people with different COPD and influenza characteristics,” said Gershon, who noted that vaccine effectiveness was similar across subgroups regardless of duration of COPD, presence of comorbidities, influenza season or subtypes, or whether patients had prior influenza vaccination.

To put things into perspective, the investigators also analysed the vaccine effectiveness in participants without COPD and found it to be 20 percent, indicating that the effectiveness is comparable to that among individuals with COPD.

“In conclusion, influenza vaccine was associated with a 22–43 percent reduced risk of laboratory-confirmed influenza-associated hospitalization ... [Our study shows] no worse vaccine effectiveness than in people without COPD,” summarized Gershon.

“This is a very serious outcome. We should be giving this to our patient and not arguing that it’s a modest improvement,” she added.