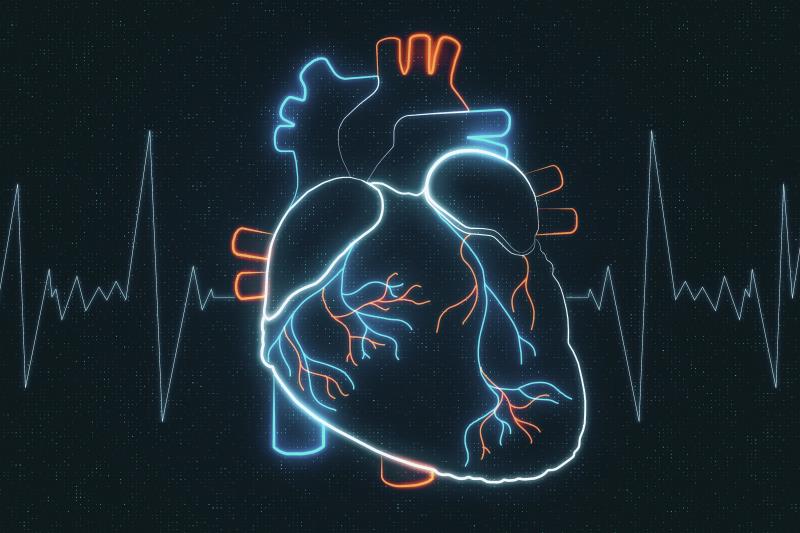 Treatment with finerenone led to a significantly reduced risk of new-onset atrial fibrillation (AF) in patients with chronic kidney disease (CKD) and type 2 diabetes (T2D), according to the FIDELIO-DKD* trial presented at the ACC.21 Virtual Meeting.

“Finerenone can lower the risk of development of AF in patients with CKD and diabetes and can be used as a therapeutic strategy to delay its onset,” said lead author Dr Gerasimos Filippatos from the National and Kapodistrian University of Athens, School of Medicine, Attikon University Hospital in Athens, Greece.

“It can also protect the heart and the kidney from further damage caused by CKD and diabetes in these patients with or without pre-existing AF,” Filippatos highlighted.

This global trial involved 5,734 patients with CKD and T2D, of whom 461 patients (mean age 70 years, 80 percent male) had a history of AF at baseline. Participants were randomized in a 1:1 ratio to receive either oral finerenone 10** mg or 20*** mg once daily or placebo. Electrocardiography was performed to confirm AF diagnosis. Kidney composite+ and cardiovascular (CV) composite++ outcomes were assessed in patients with and without a history of AF. [ACC.21, abstract 411-16]

At month 6, patients in the finerenone arm had a significantly lower incidence of new-onset AF than those in the placebo arm (3.2 percent vs 4.5 percent; hazard ratio [HR], 0.71, 95 percent confidence interval, 0.53–0.94; p=0.0164), and it was also consistent throughout the trial, Filippatos noted.

Across all prespecified patient subgroups of age, sex, eGFR, and UACR at screening, a lower incidence of new-onset AF was also observed in the finerenone arm than the placebo arm (82 vs 117 patients; HR, 0.71).

“[In this study,] we observed that finerenone significantly reduced the incidence of new-onset AF by 29 percent … and was generally consistent across prespecified patient subgroups compared with placebo in … patients with CKD and T2D,” Filippatos said.

These results were consistent with a previous study which showed that the treatment effect of finerenone reduced the risk of kidney and CV composite outcomes by 18 percent and 14 percent, respectively, among patients with and without history of AF, said Filippatos.

“[Treatment with] finerenone [also] demonstrated cardiorenal protection in patients with CKD and T2D, irrespective of history of AF,” Filippatos added.

“Preventing or delaying the onset of AF in patients with CKD and diabetes is particularly important since having AF can worsen CKD and having diabetes can worsen AF symptoms,” Filippatos said. “Treatment in these patients can also be challenging because they are prone to developing blood clots and bleeding. Finerenone has the potential to reduce the burden of AF in these patients.”