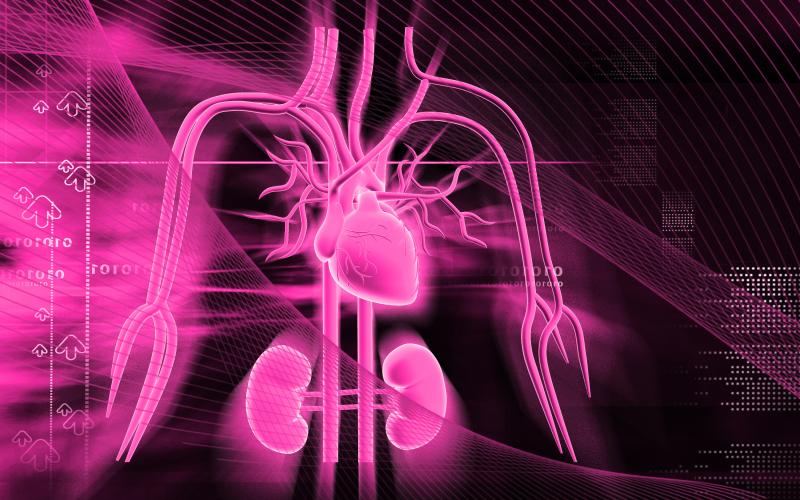 Treatment with the nonsteroidal mineralocorticoid receptor antagonist finerenone helps prevent the incidence of new-onset heart failure (HF) and improve other HF outcomes among patients with chronic kidney disease (CKD) and type 2 diabetes (T2D), as shown in a secondary analysis of the phase III FIGARO-DKD trial.

More importantly, the beneficial effects of finerenone were not modified by a history of HF, and the treatment was well tolerated, according to the investigators.

“This is the first indication that a nonsteroidal mineralocorticoid receptor antagonist may provide benefit in a population with CKD and T2D, in which patients with HF with reduced ejection fraction and New York Heart Association class II–IV were excluded,” they said.

Patients with CKD, T2D, and HF have mortality and hospitalization rates that have been shown to increase with CKD severity. Thus, initiating treatment at earlier stages of the disease such as those represented in these analyses (ie, albuminuric CKD with an estimated glomerular filtration rate (eGFR) ≥60 mL/min/1.73 m2) may be more beneficial, the investigators pointed out. [EClinicalMedicine 2021;32:1007398; N Engl J Med 2021;doi:10.1056/NEJMoa2110956; Am J Nephrol 2019;50:345-356]

“Indeed, the baseline characteristics of the patients with a history of HF in the present study—more likely female, obese with lower eGFR, and higher C-reactive protein—are more indicative of a HFpEF population,” they added.

The investigators noted that the data from the current analysis are limited to allow for any conclusions regarding the efficacy and safety of steroidal MRAs in patients with HFpEF, but it is the first set of preliminary data evaluating a nonsteroidal MRA in patients with HFpEF or HFmrEF. They stated that the ongoing FINEARTS-HF study will offer a robust insight into the effects of finerenone in this patient population.

Taken together, the secondary analysis of the FIGARO-DKD clearly underscores the importance of screening for albuminuria and early treatment of patients with CKD and T2D to reduce the HF burden in this patient population, according to the investigators.