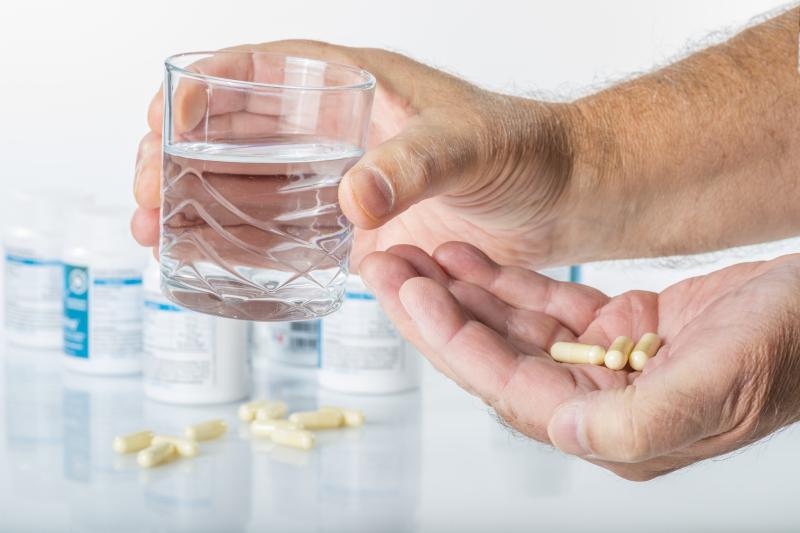 Febuxostat does not appear to be more cardiotoxic than allopurinol in the treatment of elderly gout patients with or without cardiovascular comorbidities, according to a recent study. Neither drug is associated with elevated risks of cardiovascular events and all-cause mortality.

“However, there is a suggestion of an increased risk of all-cause mortality associated with long-term use of febuxostat vs allopurinol,” the investigators noted.

The study included a propensity-score matched cohort of 99,744 elderly gout patients (median age 76 years; 52 percent male), among whom 24,936 were on febuxostat and 74,808 were on allopurinol. Overall, 12 percent patients had cardiovascular disease at baseline.

However, follow-up time-stratified analysis showed a trend toward a greater risk of all-cause mortality in the febuxostat vs allopurinol group with >3 years of follow-up (HR, 1.25; 0.56–2.80).

The findings disagree with reports from the recent CARES trial that the individual risks of cardiovascular and all-cause mortality were higher with febuxostat vs allopurinol. This discrepancy may be explained by differences in the underlying populations, with CARES restricted to patients with high cardiovascular risk, defined as those with a history of major cardiovascular or cerebrovascular disease, the investigators said. [N Engl J Med 2018;378:1200-1210]

In a linked editorial, Dr William White from the University of Connecticut School of Medicine in the US pointed out that whether urate lowering through xanthine oxidase inhibition, such as allopurinol or febuxostat, confers cardiovascular benefit remains an open question for patients with gout, as there is no study to date that has had a large enough placebo treatment arm. [Circulation 2018;138:1127-1129]

“Another highly relevant clinical question remaining is whether the mortality finding observed in the CARES trial will be reproduced in a moderate cardiovascular risk population with gout, such as the ongoing FAST (Febuxostat versus Allopurinol Streamlined Trial),” White added. [BMJ Open 2014;doi:10.1136/bmjopen-2014-005354]

Xanthine oxidase inhibitors are the mainstay of treatment for gout patients, with both allopurinol and febuxostat approved for the management of hyperuricaemia. In clinical practice, febuxostat has demonstrated pharmacological advantages over commonly used allopurinol doses. These include greater serum urate-lowering efficacy, fewer reported severe hypersensitivity reactions and no requirement for dose adjustment in patients with moderate renal impairment, a common comorbidity in gout. [Arthritis Res Ther 2010;12:223; N Engl J Med 2005;353:2450-2461]