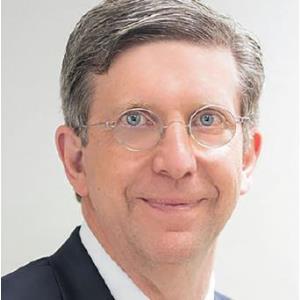 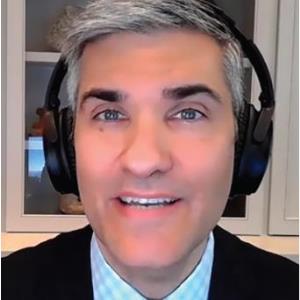 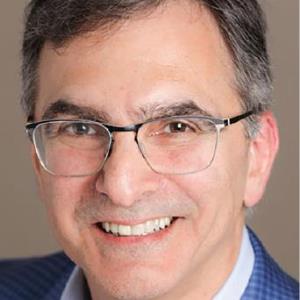 Dual VEGF-A and ANG‐2 inhibition with faricimab
Anti‐VEGF therapies are the current standard of care for patients with retinal neovascular diseases, such as DME and nAMD. [EMBO Mol Med 2016;8:1265-1288] However, frequent intravitreal anti-VEGF injections are associated with a considerable treatment burden, which may partly explain why visual acuity gains achieved in clinical trials are not consistently achieved in the real-world setting. [Lancet Glob Health 2014;2:e106-e116; Br J Ophthalmol 2016;100:1623-1628].
“There is an unmet need for treatment options that can produce more stable and durable visual acuity gains, which may translate into less frequent injections and decreased treatment burden,” explained Csaky.
A strategy to enhance the efficacy of anti‐VEGF therapy involves simultaneously targeting another growth factor, angiopoietin‐2 (ANG‐2). ANG-2 levels are elevated in the vitreous humour of patients with retinal vascular diseases, and dual inhibition of VEGF‐A and ANG‐2 has been reported to be more effective at reducing vessel lesion number, permeability, retinal oedema and inflammation, as well as neuron loss than inhibition of either target alone in animal studies. [EMBO Mol Med 2016;8:1265-1288]
“Faricimab is the first bispecific antibody for intraocular use designed to specifically target both VEGF-A and ANG-2,” Csaky continued. [EMBO Mol Med 2016;8:1265-1288] Previous human and non-human primate studies suggest that faricimab may promote vascular stability, which may translate into increased durability and improved long-term outcomes vs VEGF-A inhibition alone for patients with DME or nAMD. [Ophthalmology 2019;126:1155-1170; JAMA Ophthalmol 2020;138:964-972]
“Four ongoing phase III trials are assessing the efficacy, durability and safety of faricimab vs aflibercept in DME and nAMD. YOSEMITE and RHINE use a personalized treatment interval [PTI] approach for patients with DME, and TENAYA and LUCERNE use a targeted disease control approach in patients with nAMD,” said Csaky. [NCT03622580; NCT03622593; NCT03823287; NCT03823300]
DME: YOSEMITE and RHINE
YOSEMITE (n=940) and RHINE (n=951) are identical randomized, multicentre, double-masked, global, phase III studies involving treatment-naïve and previously anti-VEGF–treated patients (previously treated eyes, capped at 25 percent enrollment) with macular thickening secondary to DME involving the centre of the fovea. Eligible patients were ≥18 years of age with a diagnosis of type 1 or 2 diabetes mellitus, HbA1c ≤10 percent, and best corrected visual acuity (BCVA) of 73 to 25 letters (or 20/40 to 20/320 Snellen equivalent). [Wykoff CC, et al, Angiogenesis, Exudation, and Degeneration 2021 Virtual Congress]
Each study had three treatment arms (ie, faricimab 6.0 mg administered at PTIs of up to Q16W, faricimab 6.0 mg at fixed Q8W intervals, and aflibercept 2.0 mg at fixed Q8W intervals). “The PTI arm was an innovative component of this phase III programme,” explained Wykoff. “Dosing intervals in the PTI arm were determined by an automated algorithm that reduced or extended treatment frequency by 4-week intervals [ie, from Q4W up to Q16W] based on prespecified criteria for disease activity. The algorithm was based on the treat-and-extend concept designed to enable personalized therapy for patients with DME, reduce injection frequency, and potentially optimize real-world outcomes.”
Efficacy
The primary endpoint for YOSEMITE and RHINE was noninferiority of faricimab to aflibercept in mean BCVA change from baseline at 1 year, averaged over weeks 48, 52 and 56. Indeed, BCVA gains from baseline with faricimab Q8W or up to Q16W were noninferior to aflibercept Q8W.
In YOSEMITE, average vision gains from baseline in the intention-to-treat (ITT) population were +11.6 and +10.7 ETDRS letters in the faricimab PTI and Q8W arms, respectively, and +10.9 letters in the aflibercept arm. In RHINE, the average vision gains from baseline were +10.8 and +11.8 letters in the faricimab PTI and Q8W arms, and +10.3 letters in the aflibercept arm. (Figure 1) [Wykoff CC, et al, Angiogenesis, Exudation, and Degeneration 2021 Virtual Congress]

“At 1 year, on disease control, >50 percent of DME patients had achieved a Q16W interval with faricimab and >70 percent of patients had achieved a ≥Q12W interval, in both YOSEMITE and RHINE studies. In comparison, about 12 percent of patients were on a Q4W dosing interval and approximately 16 percent of patients were on an Q8W dosing interval at 1 year,” reported Wykoff.
Several anatomic parameters consistently favoured faricimab administered at dosing intervals of up to Q16W vs aflibercept Q8W in the YOSEMITE and RHINE studies. In the intention-to-treat population, anatomic outcomes favouring faricimab vs aflibercept included greater reductions in central subfield thickness (CST) from baseline through week 56, and more patients without DME and intraretinal fluid through week 56. [Wykoff CC, et al, Angiogenesis, Exudation, and Degeneration 2021 Virtual Congress]
nAMD: TENAYA and LUCERNE
TENAYA (n=671) and LUCERNE (n=658) are identical randomized, multicentre, double-masked, global, phase III studies involving patients with treatment-naïve nAMD. Eligible patients were ≥50 years of age, had choroidal neovascularization (CNV) lesion of any type, and BCVA of 78 to 24 letters (or 20/32 to 20/320 Snellen equivalent). [Heier JS, et al, Angiogenesis, Exudation, and Degeneration 2021 Virtual Congress]
“Patients received either faricimab 6.0 mg administered at up to Q16W intervals or aflibercept 2.0 mg at fixed Q8W intervals,” reported Heier. “Faricimab treatment intervals were determined according to protocol-defined disease activity at weeks 20 and 24. Those with no evidence of active disease at weeks 20 and 24 received Q16W dosing through week 60, while those with active disease t week 20 received Q8W dosing, and those with active disease only at week 24 received Q12W dosing.”
Efficacy
The primary endpoint was noninferiority of faricimab to aflibercept in mean change in BCVA from baseline averaged over weeks 40, 44 and 48.

2n The TENAYA and LUCERNE studies demonstrated that faricimab administered at up to Q16W dosing interval achieved noninferior visual gains vs aflibercept Q8W in patients with nAMD. The average vision gains from baseline in the faricimab arms were +5.8 and +6.6 letters, vs +5.1 and +6.6 letters in the aflibercept arms. (Figure 2) [Heier JS, et al, Angiogenesis, Exudation, and Degeneration 2021 Virtual Congress]

“The proportion of faricimab patients in each study was roughly 45 percent for the Q16W regimen and almost 80 percent on a ≥Q12W regimen, which was reflected in the median number of 6 faricimab injections and the median of 8 injections in the aflibercept arm,” reported Heier. [Heier JS, et al, Angiogenesis, Exudation, and Degeneration 2021 Virtual Congress]
Similarly to YOSEMITE and RHINE findings, meaningful and comparable CST reductions from baseline through week 48 were noted for both faricimab administered at up to Q16W intervals and aflibercept Q8W in the TENAYA and LUCERNE studies. [Heier JS, et al, Angiogenesis, Exudation, and Degeneration 2021 Virtual Congress]
Safety and conclusions
Faricimab was generally well tolerated in all four studies. In YOSEMITE and RHINE, intraocular inflammation events were reported in 1.3 percent vs 0.6 percent of patients on faricimab vs aflibercept. In TENAYA and LUCERNE, intraocular inflammation events occurred in 2.0 percent vs 1.2 percent of the patients. There were no reported cases of retinal vasculitis or occlusive retinitis in all four studies.
Phase III data consistently demonstrated that faricimab, administered at intervals of up to Q16W, offered noninferior vision gains vs aflibercept Q8W in patients with DME or nAMD. The possibility of longer treatment intervals may potentially help reduce the treatment burden for patients with these retinal diseases.

“These are only the first-year results of the four faricimab trials,” noted Csaky. “YOSEMITE, RHINE, TENAYA and LUCERNE are 2-year studies, so we look forward to seeing the full spectrum and potential of dual ANG-2 and VEGF inhibition with faricimab.”

Extension studies of YOSEMITE and RHINE (Rhone-X) and TENAYA and LUCERNE (AVONELLE-X) are ongoing and will generate 4-year, long-term data for faricimab in patients with DME and nAMD. [NCT04432831;NCT04777201]
LOGIN TO READ FULL STORY