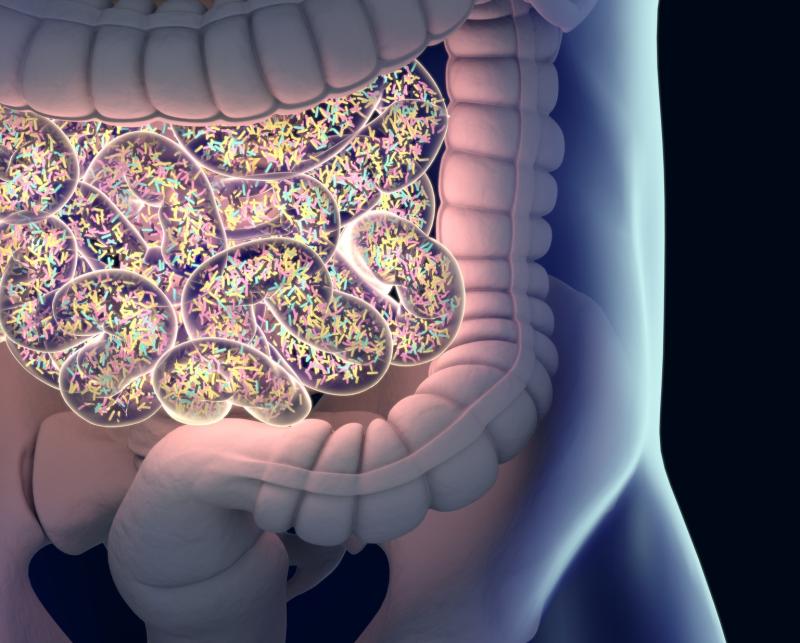 The composition of gut microbiota is critical not only for regulating the immune system, but also for maintaining mental health and combating extrinsic pathogens.

The procedure “was feasible, tolerable, and safe in patients with SAH,” the researchers said, adding that FMT also induced short-term improvements in mortality rate and ascites resolution.

Within a month, eight patients in the SOC arm died; no deaths were reported in the FMT group in the same time span. The short-term, 1-month survival rates for the respective groups were 60 percent and 100 percent, corresponding to a significant difference in favour of FMT (p=0.016). [ILC 2020, abstract THU080]

The survival difference between the FMT and SOC groups occurred despite having comparable baseline scores in indicators of liver disease severity and prognosis: Child-Pugh (11.5 vs 12.1), model for end-stage liver disease (25.2 vs 25.6), and Maddrey’s discriminant function (87.0 vs 83.6).

By the third month, seven more patients in the SOC arm had expired, as did nearly half of the FMT patients. The resulting 3-month survival rates were nominally better for the FMT group, but not statistically so (25 percent and 53.8 percent, respectively; p=0.14).

All FMT patients saw the resolution of hepatic encephalopathy, as opposed to only 57.1 percent in the SOC arm. However, the difference between the groups failed to reach statistical significance (p=0.11). The resolution of ascites in survivors, on the other hand, was significantly better in SAH patients who received the microbiota transplant (100 percent vs 40 percent; p=0.045).

The observed benefits of FMT also came with side-effects, the most common of which were excessive flatulence (100 percent), gastroesophageal reflux (53.8 percent), and nausea (23.1 percent). Notably, the occurrences of spontaneous bacterial peritonitis (30.76 percent vs 25 percent; p=0.10) and upper gastrointestinal bleeding (23.07 percent and 35 percent; p=0.70) were not different between the FMT and SOC arms.

In SAH patients, “[t]argeting intestinal dysbiosis, found to be intricately linked with the disease’s pathogenesis, could provide insights into novel therapeutic strategies,” the researchers said.

For the FMT procedure, stool samples were freshly collected from donors and were homogenized in a normal saline solution. The resulting stool suspension was used within 6 hours and delivered to the patients through a nasojejunal tube. Patient follow-ups were scheduled 7, 30, and 90 days after the procedure.