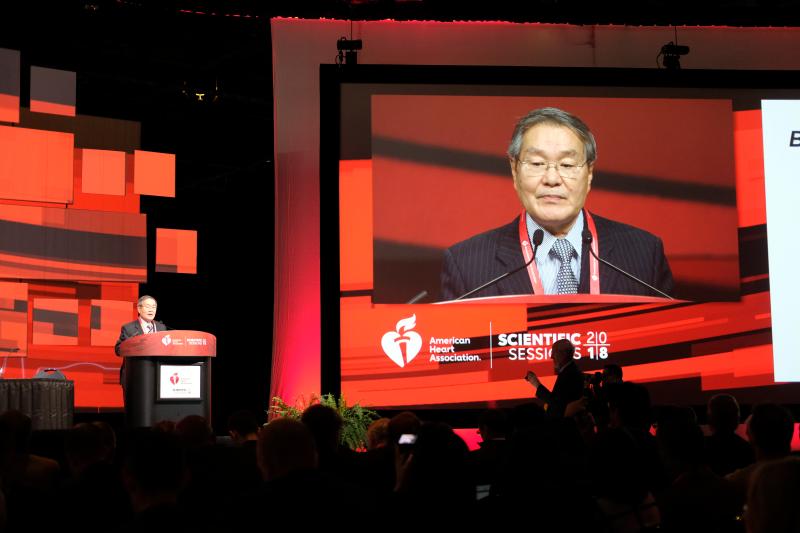 Lipid-lowering with ezetimibe monotherapy was effective for the primary prevention of atherosclerotic cardiovascular (CV) events in middle- to high-risk elderly Japanese patients with hypercholesterolaemia, according to the EWTOPIA75* study presented at AHA 2018 Scientific Sessions.

With increasing population of older people aged ≥75 years, the number of elderly people with hypercholesterolaemia has dramatically increased, said Dr Yasuyoshi Ouchi, president of Toranomon Hospital in Tokyo, Japan. “However, there is no evidence about the clinical benefits [of LDL-C-lowering therapy in this group of patients].”

The secondary endpoint of all cardiac events was also significantly lower (HR, 0.602; p=0.041) in the ezetimibe group than the control group.

“This study [provides] the first evidence suggesting that the primary prevention of atherosclerotic CV events is possible by lipid-lowering therapy for eligible older patients aged 75 years or older,” said Ouchi.

Participants in the EWTOPIA75 trial with a PROBE*** design were 3,796 Japanese patients aged ≥75 years (mean age 80.7 years, 74 percent female) with LDL-C levels ≥140 mg/dL who had ≥1 CV risk factors such as hypertension (78 percent), diabetes (22.8 percent), smoking, and high triglyceride levels, and who had no prior coronary artery disease. They were randomized 1:1 to ezetimibe 10 mg/day plus diet counselling or diet counselling alone as control and followed up for at least 3 years.

There was also no significant reduction in cerebrovascular events with ezetimibe vs control (HR, 0.781; p=0.171).

“Frankly, I was very surprised to see the large effect size [in primary endpoint reduction] compared with other trials of LDL-lowering drugs,” said invited discussant Professor Jennifer Robinson of University of Iowa in Iowa City, Iowa, US.

The lack of mortality benefit with ezetimibe in the current study despite its large effect size was in contrast to a similar primary prevention study (MEGA) with low-dose pravastatin, which showed mortality benefit despite having a smaller effects size in CV events reduction (HR, 0.74).

“Statins appear to be better for reducing total mortality. We really need more results from ongoing studies in older populations which will be reported in the next several years,” commented Robinson, referring to the ongoing STAREE and RFA-AG-19-020 trials.

She also cautioned against the generalizability of the current findings to other population, since different genetic polymorphisms in NPC1L1 among Japanese may lead to different biological response to LDL lowering. 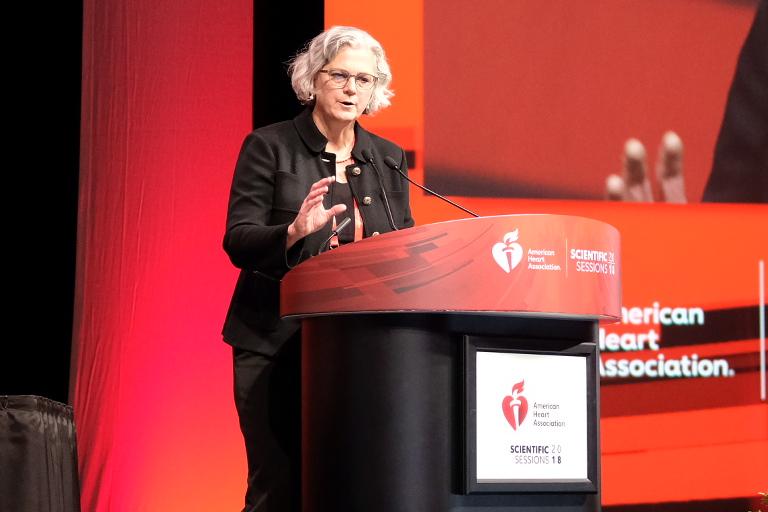