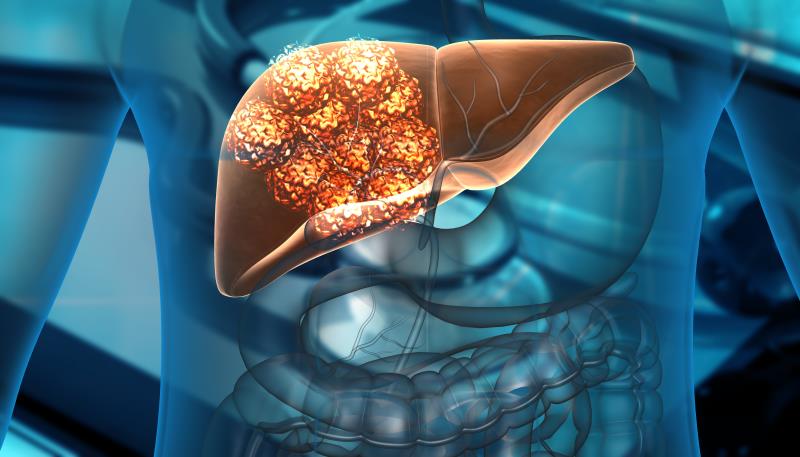 Longer-term follow-up after the final analysis of the KEYNOTE-240* trial showed that improvements in overall survival (OS) and progression-free survival (PFS) with pembrolizumab were maintained in patients with advanced hepatocellular carcinoma (HCC) previously treated with sorafenib, according to updated results of the trial presented at ASCO GI 2021.

This phase III, double-blind trial involved 413 adults with advanced HCC who experienced progression or were intolerant to sorafenib therapy. Participants were randomized in a 2:1 ratio to receive either intravenous pembrolizumab 200 mg (n=278) or placebo (n=135) in addition to BSC** every 3 weeks for up to a maximum of 35 cycles or until confirmed disease progression or unacceptable toxicity. [ASCO GI 2021, abstract 268]

The estimated 24- and 36-month PFS rates were also higher in the pembrolizumab arm vs the placebo arm (11.8 percent vs 4.8 percent and 9.0 percent vs 0.0 percent, respectively).

These results follow the final analysis OS findings which showed an HR of 0.781 and the first interim analysis PFS findings of HR, 0.775. However, these results did not meet prespecified statistical significance for both OS and PFS.

The disease control rate (defined as the total rate of complete and partial responses and stable disease) remained higher in the pembrolizumab arm vs the placebo arm (61.9 percent vs 53.3 percent), with an objective response rate of 18.3 percent vs 4.4. percent.

In addition, more patients on pembrolizumab had a duration of response of ≥12 months than those on placebo (53.7 percent vs 50.0 percent).

In conclusion, improvements in OS and PFS with pembrolizumab in sorafenib-treated patients with advanced HCC were maintained over time, as was the safety profile, said Merle.

“These data support the benefit/risk profile of pembrolizumab in patients with previously treated advanced HCC,” he added.