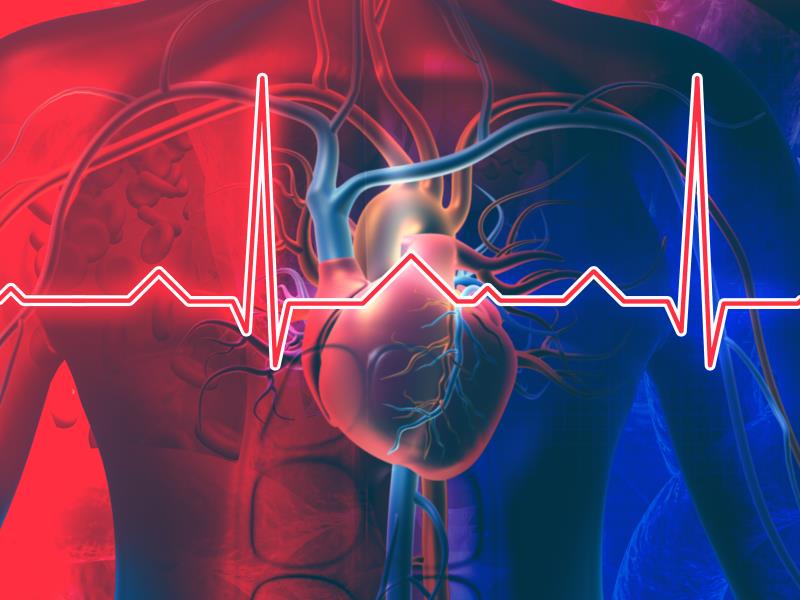 Six months of combined supervised exercise training and home-based physical activity helps to prevent atrial fibrillation (AF) recurrence and severity of symptoms in patients with persistent AF, according to the ACTIVE-AF* study presented at ESC 2021.

“The ACTIVE-AF trial demonstrates that some patients can control their arrhythmia through physical activity, without the need for complex interventions such as ablation or medications to keep their heart in normal rhythm,” said study lead author Dr Adrian Elliott from the University of Adelaide in Adelaide, Australia.

This study involved 120 patients (mean age 65 years, ≥40 percent female) with symptomatic paroxysmal or persistent AF who were randomly assigned to combined supervised exercise and home-based physical activity intervention (exercise group, n=60) for weekly (0–3 months) and fortnightly visits (3–6 months) or usual care (control group, n=60) for 6 months. A physical activity target of 210 minutes/week was recommended for the intervention group, while a completion of 150 minutes/week of physical activity, as per current clinical guidelines, was recommended for the control group. Exercise and physical intervention were led by a clinical exercise physiologist. An AF Symptom Severity questionnaire was used to assess freedom from AF recurrence and severity of AF-related symptoms. [ESC 2021, Latest Science]

“Put simply, this means a larger number of patients in the exercise group could maintain a normal heart rhythm without needing invasive interventions or continued use of drugs,” said Elliott.

Compared with the control group, the exercise group also experienced significantly reduced severity of AF-related symptoms, such as palpitations, dyspnoea, and fatigue, at 6 months (mean difference, -2.3; p=0.033). This significant difference persisted until 12 months (mean difference, -2.3; p=0.041), indicating that changes in symptom profile were due to durable exercise training and beyond completion of the exercise programme, Elliott noted.

Patients in the exercise group had a greater improvement in cardiorespiratory fitness, as shown by improvements in peak oxygen consumption (VO2peak) at 6 and 12 months (mean difference, 1.6 and 1.8, respectively). “Importantly, these differences … [indicate] that these cardiopulmonary adaptations were durable,” Elliott said.

With regard to cardiac function and remodelling, there were no between-group differences in left atrial volume and left ventricular diastolic or systolic function and ejection function after 6 or 12 months of exercise intervention.

“We [also] observed a significant reduction in AF symptom severity at 6 and 12 months demonstrating that changes in AF symptom profile can be achieved in the short-term but [are] also endurable beyond completion of the exercise programme,” Elliott said.

“Therefore, exercise training and physical activity should be recommended in patients with AF to promote the maintenance of sinus rhythm and to reduce the severity of AF-related symptoms,” he added.