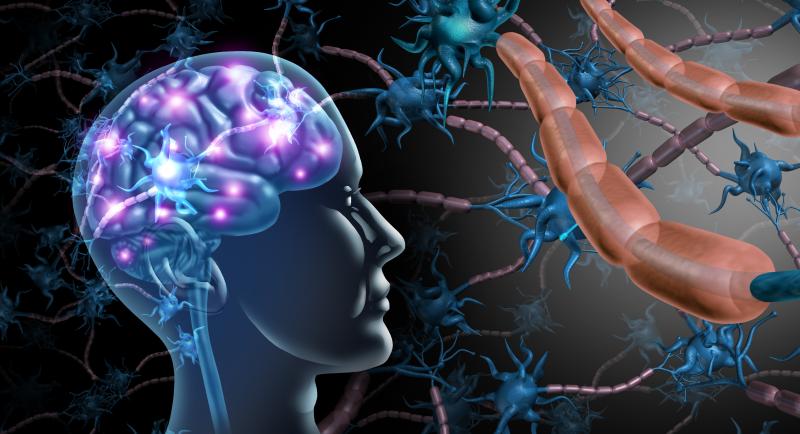 The oral BTK* inhibitor evobrutinib at a dose of 75 mg/day reduced the number of gadolinium-enhancing lesions in patients with relapsing multiple sclerosis (MS), according to a phase II trial presented at AAN 2019.

The high number of lesions among DMF recipients could be due to a single patient with a high lesion count at baseline and post-treatment, said the researchers.

The effect of evobrutinib on the number of gadolinium-enhancing lesions between weeks 24 and 48 was comparable among doses.

The lesion rate ratio for new or enlarging lesions of 0.42 in the evobrutinib 75 mg BID group at week 24 suggested that patients who received this dose had better responses than those receiving other evobrutinib doses, the researchers noted.

“[I]n patients with relapsing MS, the inhibition of BTK with evobrutinib at a dose of 75 mg once daily, but not at doses of 75 mg twice daily or 25 mg once daily reduced the total number of enhancing MRI lesions, as compared with placebo, at weeks 12 through 24 [of the trial],” said the researchers.

They suggested that “hepatic risk-mitigation strategies and stopping rules” could be incorporated in future trials, seeing as how most evobrutinib-related discontinuations were liver-related.