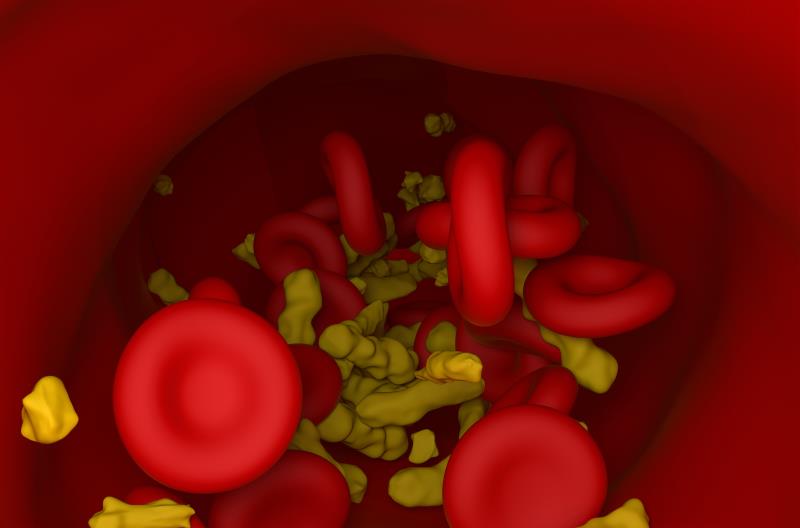 Treatment with evinacumab, an angiopoietin-like protein 3 (ANGPTL3) inhibitor, reduces low-density lipoprotein cholesterol (LDL-C) levels in adolescents and adults with homozygous familial hypercholesterolaemia (FH), according to a study presented at AHA 2021.

The current interim analysis of an open-label phase III trial involved 115 patients (mean age 39 years, 50.4 percent male), of whom 11.3 percent were adolescents (aged 12 to <18 years), with homozygous FH who had a mean LDL-C level of 261.8 mg/dL. Participants were either evinacumab-naïve (n=45) or those who previously received evinacumab from the ELIPSE HoFH* trial (evinacumab-continue group; n=70). Both groups were given evinacumab 15 mg/kg intravenously every 4 weeks and were followed up until 24 weeks. [AHA 2021, abstract 12756]

At week 24, all patients in either evinacumab-naïve or evinacumab-continue group achieved a 43.7 percent reduction in LDL-C level from baseline (mean LDL-C, 133.0 mg/dL).

Although the number of enrolled patients were reduced due to the impact of the ongoing COVID-19 pandemic, mean LDL-C reductions were maintained at week 48, said Gaudet.

Treatment-emergent adverse events (TEAEs) occurred in 57.8 percent of the patients in the evinacumab-naïve group and 71.4 percent in the evinacumab-continue group, with 8.9 percent and 17.1 percent of patients reporting ≥1 serious TEAEs in both groups, respectively. Two deaths were reported, one in each group.

“In this large cohort of patients with homozygous FH, evinacumab markedly reduced LDL-C [levels], irrespective of age … Evinacumab was generally well tolerated, and its efficacy and safety was sustained over the long term,” Gaudet concluded.

“It is important to note that patient attendance in the study was affected by the COVID-19 pandemic at some sites and may account for the decline in patient numbers over time,” he noted.

*ELIPSE HoFH: Efficacy and safety of evinacumab in patients with homozygous familial hypercholesterolemia