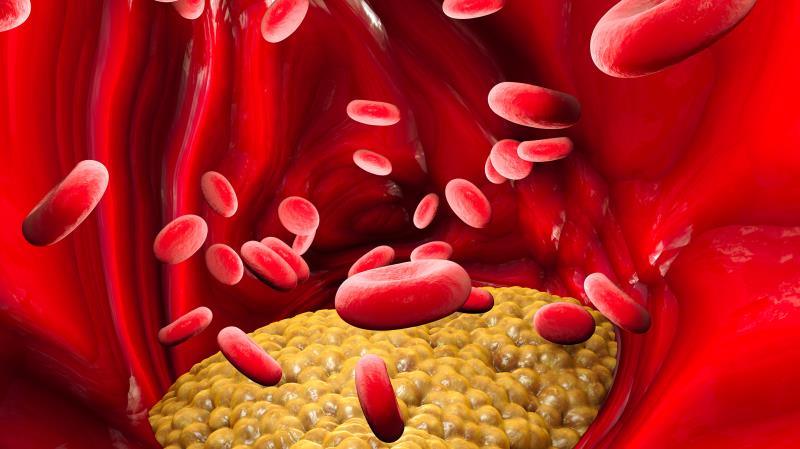 The ANGPTL3* inhibitor evinacumab significantly lowers LDL cholesterol (LDL-C) levels in patients with homozygous familial hypercholesterolaemia (HoFH) who were already on maximum lipid-lowering therapy, according to the ELIPSE HoFH** study.

HoFH is characterized by substantially elevated LDL-C since birth due to loss-of-function mutation in LDL receptor. Hence, people with HoFH are at a high risk of premature cardiovascular disease (CVD), often even before the age of 20.

“Because traditional lipid-lowering therapies such as statins and PCSK9*** inhibitors act by up-regulating LDL-receptor expression, they have little efficacy in these patients and virtually no activity in those with two null alleles,” explained the researchers.

Evinacumab is a fully human monoclonal antibody inhibiting ANGPTL3, which plays an important role in lipid metabolism by raising lipid levels, including triglycerides.

In the double-blind, phase III trial, 65 patients (mean age 42 years, 54 percent female) with HoFH were randomized in a 2:1 ratio to an intravenous infusion of evinacumab (15 mg/kg body weight) every 4 weeks or placebo.

After 24 weeks, evinacumab-treated individuals saw a 47.1 percent decrease from baseline in LDL-C levels. In contrast, LDL-C levels increased by 1.9 percent from baseline in the placebo arm — translating to a 49 percentage-point relative difference between the two treatment groups (p<0.001).

The corresponding absolute difference between groups was -132.1 mg/dL, in favour of evinacumab (p<0.001).

“These reductions were achieved regardless of the use of extensive background lipid-lowering therapies with or without apheresis,” the researchers noted.

Stratifying the analysis by genetic variants of LDL receptor did not change the results. The reduction in LDL-C levels was substantial in the evinacumab group compared with the placebo group, regardless of whether the patients have null-null variants (-43.4 percent vs +16.2 percent) or non-null variant (-49.1 percent vs -3.8 percent).

“This finding is important because patients with null–null variants have a higher cardiovascular risk and are less responsive to therapies that depend on LDL-receptor activity than those with non-null variants,” said the researchers.

The rates of any adverse events (AEs) were similar between the two groups, occurring in 66 percent of patients in the evinacumab group and 81 percent in the placebo group. Nasopharyngitis, influenza-like illness, and headache were the most common AEs in both arms, but none led to treatment discontinuation.

As the study was of a relatively short duration and involved a small number of patients, the researchers said the study was unable to assess treatment effects on cardiovascular outcomes and long-term safety.

“[Although] our trial was not designed to assess the effect of treatment on a reduction in clinical events, the absolute reduction in LDL-C levels was substantial,” they highlighted.

“The results of this trial are great news for patients with HoFH and may reduce the need for invasive treatment such as apheresis in some patients,” commented Dr Sander Kersten of Wageningen University, Wageningen, the Netherlands, in a lined editorial. [N Engl J Med 2020;383:775-776]

“The question then arises as to whether patients without FH who have elevated plasma LDL-C levels may benefit from such therapy. For such patients, evinacumab may become of interest if statins, cholesterol-absorption inhibitors, and PCSK9 inhibitors do not lower LDL-C levels to a sufficient degree or have unacceptable side effects,” he continued.