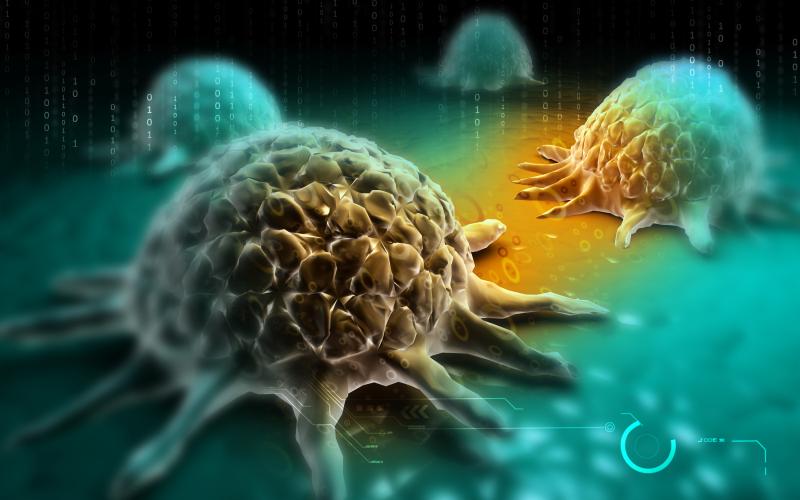 Treatment with everolimus appears to have beneficial effects on recurrent thymic neuroendocrine neoplasia (NEN), particularly well-differentiated tumours, with patients having a low Ki-67 index more likely to have a better outcome with the drug, as shown in a small study.

“In all our patients, everolimus led to disease stabilization after the failure of preceding therapies. It may therefore be considered as first-choice therapy in recurring thymic neoplasia with low to moderate proliferation,” according to a group of investigators led by Dr Matthias Lang of the University Hospital Heidelberg in Germany.

In the study, Lang and colleagues enrolled four patients (mean age 46 years, two male and two female) with progressing thymic NEN, defined as two well-differentiated atypical carcinoids and two atypical carcinoids with large cell characteristics. The patients received everolimus 10 mg/day after the failure of at least one previous medical therapy, a mean of 32.4 months after the index diagnosis.

Results of clinical examination, imaging, and chromogranin showed that all four patients achieved stable disease, which lasted for a mean of 20.8 months. The progression-free interval in two patients with well-differentiated disease or low G2 tumours (Ki-67, 5–10 percent) was 24–42 months, which was longer than the 7–10 months documented in the other two patients with large cell characteristics (Ki-67, 20 percent). [Clin Endocrinol 2021;doi:10.1111/cen.14572]

In terms of safety, there were no severe side effects observed, with only slight mucositis occurring in one patient.

Of the four patients, three had undergone surgical resection of the thymus previously. All patients had a metastatic status and at least one prior therapeutic failure (median 3, range 1–6). The medium size of the tumour at first diagnosis was 137 mm.

“Due to the rarity of thymic NEN, small cohorts offer valuable therapeutic guidance. This first long-term series on therapy of recurrent thymic NEN shows a favourable effect of everolimus, especially in well-differentiated tumours. The therapy was well tolerated. As in other NEN, Ki-67 is a prognostic marker,” Lang pointed out.

He and his team believed that the findings might be used to guide treatment, given the absence of trial-proven therapeutic strategies in thymic neuroendocrine tumours.

Current treatment protocols have been adopted from neuroendocrine tumours of other origin or from bronchopulmonary tumours, although there is no clear evidence for the comparison between these diseases. [Ann Oncol 2021;32:439-451]

When the progression-free intervals after relapse following surgery (Patients 2–4) or after the first diagnosis (Patient 1) were compared, everolimus was the drug that stopped tumour growth for the longest, except for Patient 4, according to Lang. In this patient, initial therapy with carboplatin plus taxol lasted for 12 months, whereas everolimus for 7 months.

That being said, Lang and colleagues recommended everolimus as a therapeutic approach at least in the second-line setting. They stressed that treatment should be performed in specialized centres not only to improve the management but to collect more data about this rare entity.