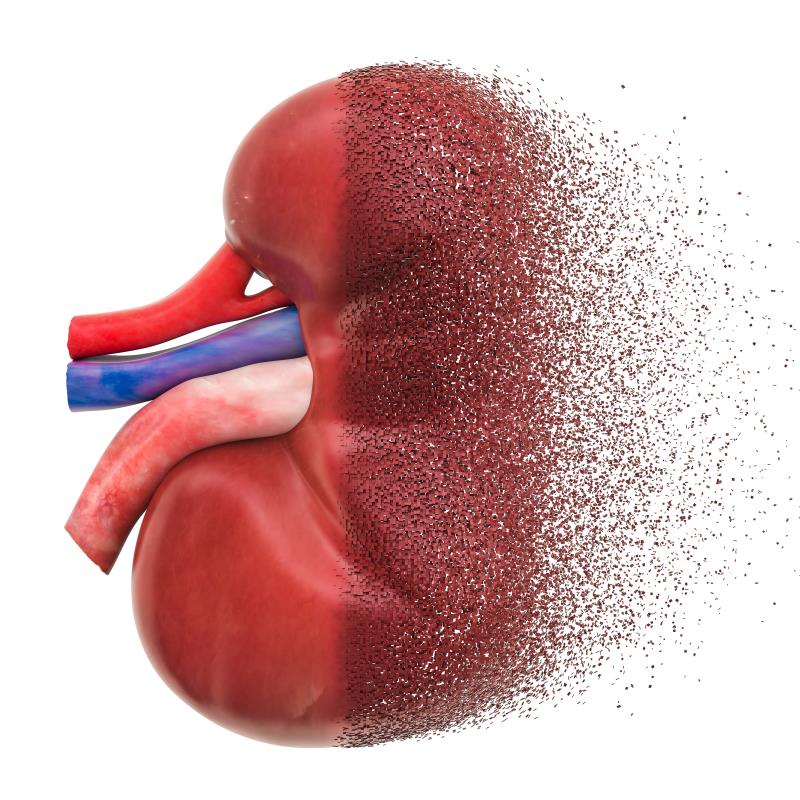 Ertugliflozin significantly improves glycaemic outcomes in patients with type 2 diabetes (T2D) who have stage 3 chronic kidney disease (CKD), according to a subgroup analysis of the VERTIS CV* trial presented at ADA 2021.

At 18 weeks, patients with CKD who received either dose of ertugliflozin had a significant reduction in HbA1c from baseline than those who received placebo (least squares [LS] mean HbA1c, -0.52 [low dose] and -0.53 [high dose] vs -0.26; pnominal<0.001 for both).

“The [treatment] effect was consistent [with] ertugliflozin … in a prolonged manner [as] it reduced the HBA1c [level in CKD patients] during the 4-year observation compared with placebo,” said study author Dr Samuel Dagogo-Jack from the University of Tennessee Health Science Center in Memphis, Tennessee, US.

Fasting plasma glucose (FPG) was also significantly reduced at week 18 among patients treated with either low- or high-dose ertugliflozin than placebo (LS mean change from baseline, -30.63 and -31.99 mg/dL, respectively, vs -22.78 mg/dL; pnominal<0.001 for both).

In the subgroup of patients with CKD stage 3A, those treated with ertugliflozin achieved a significantly reduced HbA1c level from baseline compared with placebo at week 18 (LS mean HbA1c, -0.54 [low dose] and -0.58 [high dose] vs -0.27; pnominal<0.001 for both).

In patients with CKD stage 3B, a significant reduction in HbA1c level was also observed among those on low-dose ertugliflozin than those on placebo at week 18 (LS mean HbA1c, -0.49 vs -0.21; pnominal=0.006). However, the difference between high-dose ertugliflozin and placebo was not statistically significant (LS mean HbA1c, -0.40 vs -0.21; pnominal=0.064).

The overall incidence of any adverse events (AEs), prespecified AEs of interest, kidney-related AEs, and any adjudicated kidney event was similar between the ertugliflozin and placebo groups. However, more genital mycotic infections were observed in patients treated with either low- or high-dose ertugliflozin compared with placebo (4.1 percent and 8.1 percent, respectively, vs 3.9 percent [women] and 3.0 percent and 3.7 percent vs 0.3 percent [men]).

“We can conclude that in our VERTIS CV study, [among] individuals enrolled with stage 3 CKD, … treatment with ertugliflozin resulted in modest reductions in HbA1c and FPG compared with placebo, similar in magnitude to those seen with other SGLT2 inhibitors,” said Dagogo-Jack.

“The [overall] safety of ertugliflozin was similar to that of placebo within the CKD stage 3 subgroups and was consistent with the known safety profile of ertugliflozin,” Dagogo-Jack noted.

“Changes in eGFR over time were consistent with the preservation of kidney function,” he added.