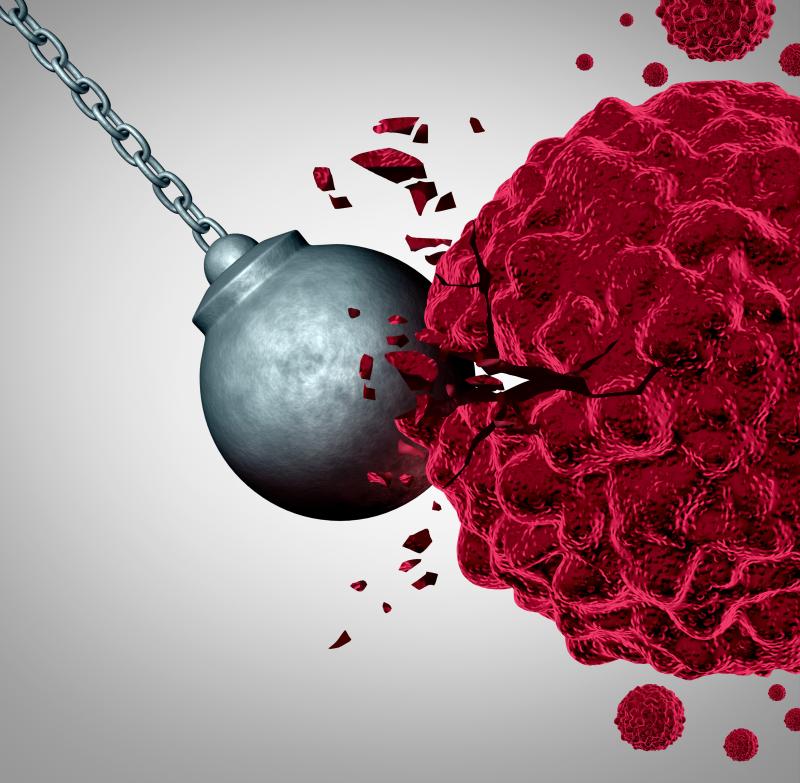 The antibody-drug conjugate enfortumab vedotin (EV) demonstrated a promising overall response rate (ORR) in patients with metastatic urothelial cancer (mUC), including those who had liver metastases and prior treatment with checkpoint inhibitors, according to the phase 1 data of the EV-101* trial presented at ASCO 2018.

At baseline, nearly 50 percent had lung metastases, while 29 and 19 percent had liver and lymph node metastases, respectively. Nearly 80 percent discontinued, with 56 percent attributed to clinical or radiographic progression.

There was a clinically significant ORR of 41 percent, which the researchers indicated as an ‘encouraging’ result as it reflects EV’s potential in targeting nectin-4, which is highly expressed in solid tumours such as urothelial cancers.

Disease control rate (DCR) was 71 percent, while complete and partial responses (CR and PR, respectively) were 4 percent and 37 percent, respectively.

Progression-free survival for all patients regardless of prior checkpoint inhibitor exposure was 5.4 months.

Median overall survival (OS) was 13.6 and 14.0 months in the overall population and among those with prior checkpoint inhibitor exposure, respectively. Estimated OS rates at 6 and 12 months are 74.4 percent and 56.3 percent, respectively.

“Although OS data are still maturing, the preliminary median OS … is encouraging, given the historical median OS for checkpoint inhibitors reported between 8.9 and 10.3 months in patients after platinum-based chemotherapy,” said the researchers.

Nonetheless, EV was well tolerated overall and has been conferred a ‘breakthrough therapy’ designation by the US Food and Drug Administration for patients with mUC who have previously received immune checkpoint inhibitors, said the researchers. In addition to the survival data awaiting maturity, three other studies on EV are ongoing to further elucidate the role of EV in urothelial cancer treatment, they added.