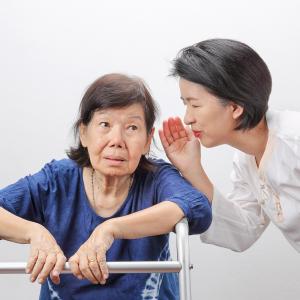 Empagliflozin: Another SGLT-2i in HFrEF armamentarium This reduction occurred regardless of baseline diabetes status (HR, 0.72 and HR, 0.78 in patients with and without diabetes, respectively). Similar findings were observed with other subgroups including the use vs non-use of angiotensin receptor neprilysin inhibitors (ARNIs; HR, 0.64 and HR, 0.77, respectively).

Comparing the DAPA-HF## and EMPEROR-Reduced trials, the results for the primary composite endpoint (HR, 0.75 in both trials) and first hospitalization for HF (HR, 0.69 in EMPEROR-Reduced and HR, 0.70 in DAPA-HF) are “virtually superimposable”, said principal investigator Dr Milton Packer from Baylor University Medical Center, Dallas, Texas, US.

“Although the effect on CV death in EMPEROR-Reduced was smaller than that seen in DAPA-HF [HR, 0.92 and HR, 0.82, respectively], the reverse was true when the effects of dapagliflozin and empagliflozin on CV death were assessed in comparable patients in trials of type 2 diabetes [DECLARE-TIMI58 and EMPA-REG OUTCOME, respectively]. Accordingly, the effects of these drugs on survival is characterized by significant heterogeneity,” he said.

With regard to CV death, one possibility is that SGLT-2### inhibitors may not be as effective in patients with more severe HF, such as in EMPEROR-Reduced, said Assistant Professor John Jarcho from Harvard Medical School and Brigham and Women’s Hospital, Boston, Massachusetts, US, in an editorial. However, this may be a chance finding. [N Engl J Med 2020;383:1481-1482]

As Packer noted, compared with DAPA-HF patients, those in EMPEROR-Reduced had lower LVEF, higher NT-proBNP levels, and worse renal function.

There could be other reasons for the divergent CV death outcomes in the two trials, noted Professor Marco Metra from the University of Brescia in Brescia, Italy, who discussed the findings at ESC 2020.

“It may be that there are differences between the two drugs, [though] such heterogeneity has not been shown with other outcomes.” The drugs may also be more effective if administered earlier in the clinical course of the disease, he added.

DAPA-HF had relatively low renal dysfunction rates, and as such, there was no significant reduction in the main renal endpoint with dapagliflozin (HR, 0.71), he continued.

“The results of the EMPEROR-Reduced trial confirm that the findings in DAPA-HF were no fluke and substantially strengthen the rationale for the use of SGLT-2 inhibitors in patients with HFrEF,” said Jarcho.

“We now have new drugs for the treatment of HF and these drugs may consistently improve the outcome of our patients compared to traditional therapy,” added Metra.

“They should probably be started [as soon as possible] to improve the outcome of our patients,” he said. [https://www.youtube.com/watch?v=HOYGg7nf4CI, accessed 6 October 2020]