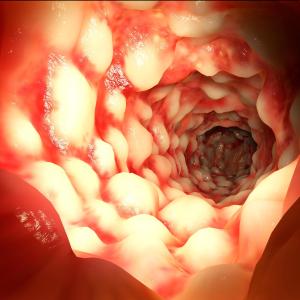 “Despite advances in drug therapy with chloride secretagogues ... there remains a large unmet need and around 50 percent of patients are dissatisfied with current therapies,” according to Dr Satish Rao of the Medical College of Georgia, Augusta University in Augusta, Georgia, US, in a commentary. “This is partly because chronic constipation is a heterogeneous, multifactorial disorder that is unlikely to respond to a single drug in most patients.” [Lancet Gastroenterol Hepatol 2018;3:520-521]

Elobixibat selectively inhibits bile acids from being reabsorbed in the distal ileum, leading to increased bile acid concentration in the colon and enhanced faecal transit.

“Elobixibat, through its unique mechanism of action, opens the door for another novel approach to treating chronic constipation,” commented Rao.

The two phase III studies comprised a 2-week, double-blind, placebo-controlled study to evaluate efficacy and another 52-week open-label trial to assess safety. Study subjects were patients (mean age 43 years, 83 percent female) with ≥6 months chronic constipation who fulfilled the Rome III criteria for functional constipation (including <3 spontaneous bowel movements [SBMs] per week). In the 2-week study, 133 patients were randomized 1:1 to elobixibat 10 mg/day or placebo for 2 weeks; while all 341 patients in the open-label trial received elobixibat with dose titration allowed to 5 or 15 mg/day. [Lancet Gastroenterol Hepatol 2018;3:537-547]

In the 2-week efficacy trial, elobixibat led to a clinically meaningful improvement from baseline in the primary endpoint of SBM frequency within 1 week of treatment compared with placebo (least-squares mean, 6.4 vs 1.7; p<0.0001). The improvement sustained through the 2nd week of the study (p<0.0001).

“Because many patients take medications for constipation intermittently, the short median time to induce a bowel movement with elobixibat would be clinically beneficial,” said the researchers.

Furthermore, improvements were seen in other secondary endpoints such as stool consistency (p<0.0001) and constipation severity with elobixibat.

“Elobixibat seems to be safe over both the short term and long term,” observed the researchers. In the 52-week safety trial, 48 percent of the patients experienced an adverse drug reaction, with mild gastrointestinal disorders being the most commonly reported (in 40 percent of patients).

On the other hand, mild abdominal pain (19 percent vs 2 percent in short-term trial and 24 percent in long-term trial) and diarrhoea (13 percent vs none; and 15 percent, respectively) were the most common adverse reactions in both the short-term and long-term trials, which according to the investigators, were resolved within 1–2 weeks. Not only were there no clinically relevant changes in concentrations of lipid-soluble vitamins or coagulation indices in the long term, a beneficial reduction LDL-C levels were seen with elobixibat at 2 weeks in the short-term trial.

“Nonetheless, bile and its analogues or binders are likely to have a significant role in the therapeutic armamentarium of modern medicine, particularly in gastroenterology,” he stated.