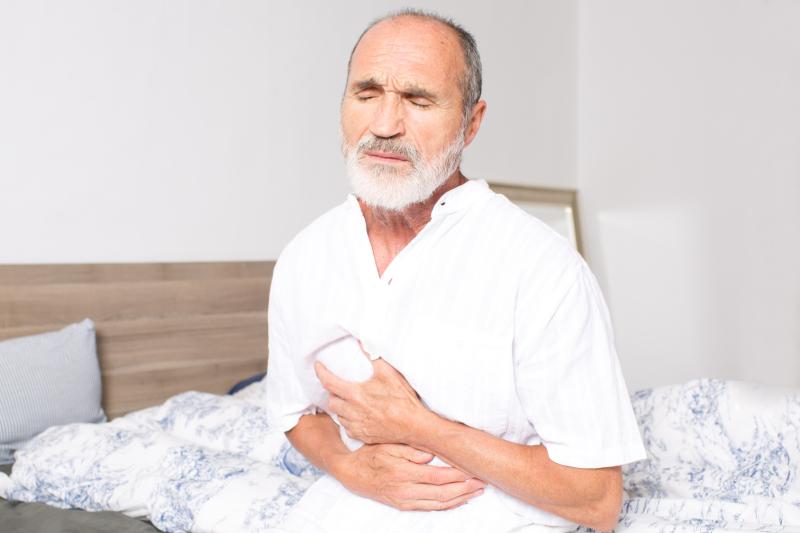 Use of plecanatide for treating elderly patients with chronic idiopathic constipation (CIC) or irritable bowel syndrome with constipation (IBS-C) is well tolerated and improves stool frequency and form, proving to be just as safe and effective as it is in younger populations, as shown in a recent study.

“In general, treatment regimens for older patients with chronic constipation need to be individualized and factor in patients' medical history, medication profile, tolerance to various medications, and clinical status (eg, cognition and physical ability),” according to the authors. [Clin Interv Aging 2015;10:919-930]

“Prosecretory agents [such as plecanatide] are efficacious… however, data are limited regarding the safety and efficacy of these agents for the treatment of constipation in elderly populations,” they added. [Pharmacotherapy 2015;35:613-630]

No new safety issues with plecanatide emerged among elderly patients relative to those who were younger. Diarrhoea was the most frequently reported treatment-emergent adverse event (TEAE), occurring in 5.6 percent of patients in the older cohort vs 4.6 percent in the younger cohort with the study drug, and in 1.9 percent and 1.0 percent of patients, respectively, with placebo. [Clin Ther 2020;doi:10.1016/j.clinthera.2020.05.012]

Rates of TEAE-related treatment discontinuation, including those attributable to diarrhoea, across the placebo and plecanatide treatment groups were slightly higher among patients aged ≥65 years (4.2 percent overall and 1.8 percent diarrhoea related) than among younger patients (2.7 percent overall and 1.2 percent diarrhoea related). This indicates a partial effect of age not related to treatment, the authors noted.

“No dose-related trend with plecanatide 3 mg and 6 mg was observed in the rate of drug use discontinuation attributable to TEAEs overall or to diarrhoea specifically,” they added.

In terms of efficacy, 3-mg and 6-mg plecanatide produced marked improvements in stool consistency from baseline at week 12 compared with placebo in both the older (mean change in Bristol Stool Form Scale [BSFS], 1.49 and 1.48 vs 0.92, respectively) and younger cohorts (mean BSFS change, 1.48 and 1.45 vs 0.94, respectively).

Furthermore, weekly bowel movements, both spontaneous (SBM) and complete spontaneous (CSBM), increased more with the study drug than with placebo, with the difference being significant for only the standard 3-mg dose in the older cohort but for both the 3-mg and 6-mg doses in the younger cohort.

Data on the safety and efficacy of other secretagogues, particularly linaclotide and lubiprostone, in elderly patients with CIC and IBS-C are consistent with the findings on plecanatide. [Gastroenterology 2010;138:886-895; Gastroenterology 2006;130:A188–A189]

“A major strength of the current analysis is that it is the largest evaluation of any constipation medication studied within an elderly population… [T]he current Rome IV criteria lend support to the concept of combining the populations from both CIC and IBS-C trials because [the two medical conditions] are now recognized as existing on a single continuous spectrum of disease,” the authors said. [Gastroenterology 2016;150:1393-1407]