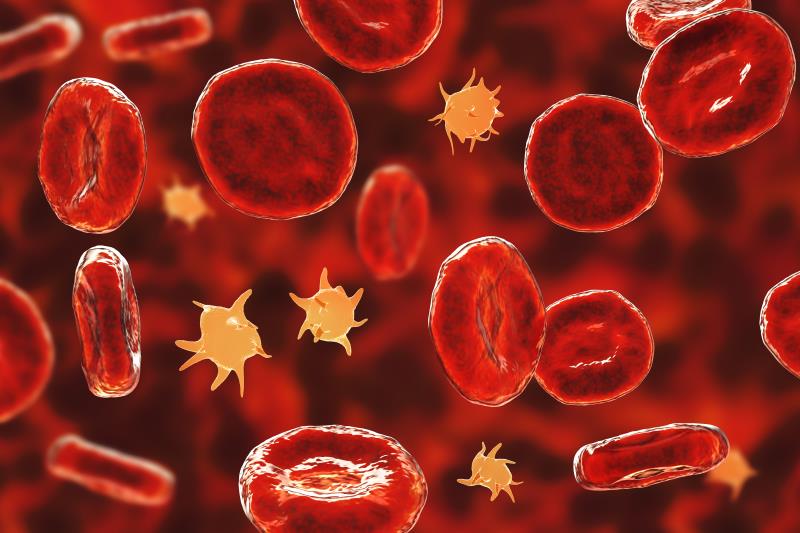 Treatment with efgartigimod, a neonatal Fc receptor (FcRn) antagonist, in patients with chronic or persistent immune thrombocytopenia (ITP) resulted in a higher proportion of patients achieving a sustained platelet count response compared with placebo, according to the ADVANCE IV* trial presented at ASH 2022.

Sustained platelet count response was defined in the study as achieving a platelet count of ≥50x109/L in ≥4 of the six scheduled visits between weeks 19 and 24 of treatment, without intercurrent events (eg, rescue therapy at week 12 or later).

“Current therapy options can be associated with comorbidities, unsatisfactory efficacy, duration of effect, and limited impact on quality-of-life measures. Hence, there is a need for better ITP therapy, which is why we embarked on this trial,” Broome said.

The phase III, double-blind, placebo-controlled, multicentre, global trial analysed 131 adults with chronic (n=118) or persistent (n=13) ITP who had an average of two platelet counts of <30x109/L during screening and had received ≥2 prior ITP therapies. Participants were randomized to receive intravenous efgartigimod 10 mg/kg (n=86; mean age 46.9 years) or placebo (n=45; mean age 51.7 years) for a 24-week treatment period. The dosing for efgartigimod was weekly for the first four doses and was adjusted according to platelet count thereafter.

As early as week 1, 38.4 percent of efgartigimod-treated patients achieved a platelet count of ≥30x109/L from baseline compared with only 11.1 percent of those treated with placebo in the overall population. “Efgartigimod demonstrates an early and sustained increase in platelet counts,” said Broome.

With regard to platelet-related secondary endpoints, the extent of disease control (cumulative weeks with platelet counts of ≥50×109/L) was significantly longer in the efgartigimod group vs the placebo group in the chronic ITP population (mean, 6.1 vs 1.5 weeks; p=0.0009).

The sustained platelet count response was also consistently observed with the efgartigimod group across all subgroups, such as those with splenectomy history or prior ITP therapy, regardless of time since diagnosis, age or region demographics, and prior use of rituximab or thrombopoietin receptor agonist, Broome noted.

Further analysis based on the IWG** response criteria (achieving a platelet count of ≥30x109/L and absence of bleeding events) showed that those on efgartigimod achieved a higher IWG response rate than those on placebo (51.2 percent vs 20.2 percent).

In terms of safety, the overall incidence of treatment-emergent adverse events (TEAEs) was similar between the efgartigimod and placebo groups (93.0 percent vs 95.6 percent).

Rates of serious TEAEs were lower in the efgartigimod group than the placebo group (8.1 percent vs 15.6 percent), which might be related to fewer bleeding events with efgartigimod (70.9 percent vs 86.7 percent with placebo).

Fatigue, headache, petechia, hypertension, haematuria, and purpura were the most common TEAEs reported. Efgartigimod was well tolerated, and most AEs were considered mild to moderate in severity with no new safety signals observed.

With regard to key pharmacodynamic parameters, efgartigimod-treated patients had a significantly reduced total immunoglobulin G (IgG) levels at week 1, which was maintained through 24 weeks of treatment.

As majority of the participants who completed the ADVANCED IV were already enrolled in the ADVANCED+*** extension study, this will allow us to further evaluate the durability of response and safety, she added.

*ADVANCE IV: A study to assess the efficacy and safety of efgartigimod in adult patients with primary immune thrombocytopenia

***ADVANCED+: A long-term study to assess the safety and efficacy of efgartigimod in adult patients with primary immune thrombocytopenia