Efficacy of immunotherapy not compromised with old age in NSCLC 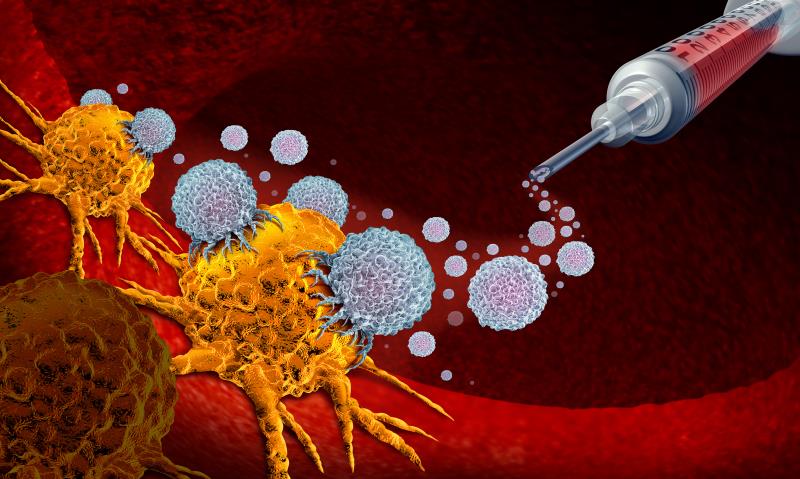 The efficacy and safety of immunotherapy for treating non-small-cell lung cancer (NSCLC) does not appear to be compromised with old age, suggests a retrospective study.

“As NSCLC is often diagnosed in patients aged ≥70, real-world data about efficacy and safety of immunotherapy in elderly patients are essential,” said the researchers. “[However,] most trials with immune checkpoint inhibitors for NSCLC included only small subgroups of patients aged ≥65.”

“Poor performance status appears as a strong negative predictive and prognostic factor during treatment with immune checkpoint inhibitors,” the researchers noted. “This underlines the importance of considering performance status, instead of age, when evaluating patients potentially candidate to immunotherapy.”

Overall, immunotherapy was well tolerated, with toxicity grade ≥2 occurring in less than one third of the patients. There were “no toxicity concerns emerged even among the eldest patients”, according to the authors, who reported that the rates of adverse events grade ≥2 were 35.8 percent, 32.7 percent, and 37.5 percent for patients aged <70, 70–79, and ≥80 years, respectively (p=0.6493).

Although the eldest patient subgroup was relatively small, the researchers said the finding was “particularly relevant” considering that published data available for patients aged ≥75 years, or even ≥80 years, were limited.

“To our opinion, immune checkpoint inhibitors should be considered irrespective of age, provided an optimal performance status at baseline,” concluded the researchers. “Of note, immunotherapy is often the only therapeutic option applicable to these cases considering the toxicity of chemotherapy.”

"Therefore, a comprehensive evaluation of each cancer patient in advanced age, with the cooperation of a specialist in geriatric medicine, considering the whole medical picture and the global functioning besides the age, should be performed when deciding if a patient is candidate or not to receive active treatment,” they added.