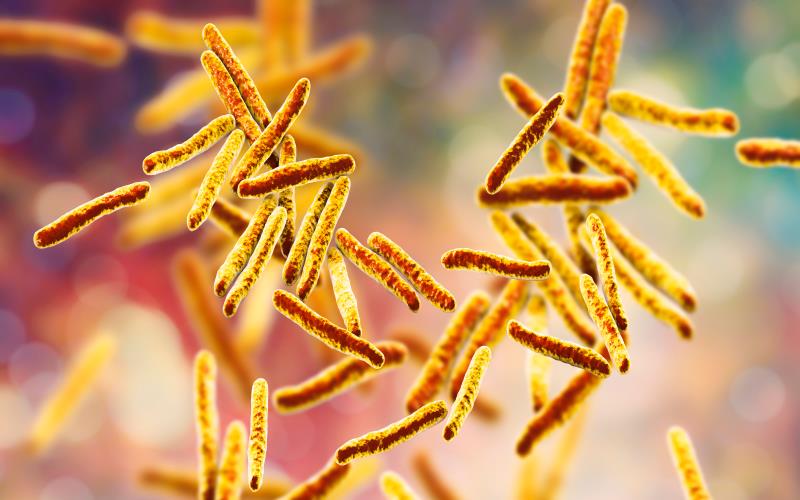 A multidrug regimen containing inhaled amikacin with or without clofazimine improves outcomes in patients with pulmonary disease (PD) caused by Mycobacterium abscessus subspecies massiliense, according to a study. However, the regimen shows only moderate efficacy in treating infections with the abscessus subspecies.

Divided into subspecies abscessus, massiliense, and bolletii, M abscessus has emerged as one of the most important causes of infection in patients with structural lung diseases. Managing them has been especially challenging, given that the pathogens are highly resistant to drugs, the investigators pointed out. [Am J Respir Crit Care Med 2007;175:367-416; Thorax 2016;71:i1-i22]

“Amikacin is one of the most important antibiotics for treating M abscessus-PD, as approximately 90 percent to 100 percent of clinical strains have been reported to be susceptible to [the drug],” they noted. “[Meanwhile], as a part of the multidrug regimen, clofazimine has been reported to be effective in treating M abscessus-PD.” [Diagn Microbiol Infect Dis 2015;81:107-111; Antimicrob Agents Chemother 2017;61e02052; Chest 2017;152:800-809]

In the present study, the investigators looked at 82 treatment-naïve patients (median age 57 years, 85 percent women) who received regimens containing inhaled amikacin with or without clofazimine. During the initial treatment phase, all patients received intravenous amikacin, imipenem (or cefoxitin), and oral azithromycin; oral clofazimine was added in cases of subspecies abscessus or subspecies massiliense with cavitary lesions. During the continuation treatment phase, amikacin was given in inhalational form.

There were 46 patients (56 percent) with M massiliense-PD and 36 (44 percent) with M abscessus-PD. The most common underlying condition was a previous history of pulmonary tuberculosis (51 percent), followed by chronic pulmonary aspergillosis (12 percent).

Among 59 patients with nodular bronchiectatic disease (72 percent), 23 had a concurrent cavitary lesion; the remaining 23 patients (28 percent) had fibrocavitary disease. There was no significant difference in characteristics between patients with M massiliense-PD and M abscessus-PD.

“The regimen was generally tolerable in terms of adverse effects, with discontinuation rates of 11 percent to 16 percent in the continuation phase,” the investigators noted.

“Inhaled amikacin and oral clofazimine have been reported for the treatment of refractory nontuberculous mycobacteria-pulmonary disease and M abscessus-PD. Both drugs have low minimal inhibitory concentrations (MICs) against M abscessus, and synergistic effects against nontuberculous mycobacteria have been observed in vitro,” they said. [Int J Antimicrob Agents 2010;35:400-404; Antimicrob Agents Chemother 2012;56:6324-6327]

Nevertheless, the ideal combination of antibiotics remains unclear, and the findings suggest that more improved therapeutic options are warranted for M abscessus-PD, the investigators added.