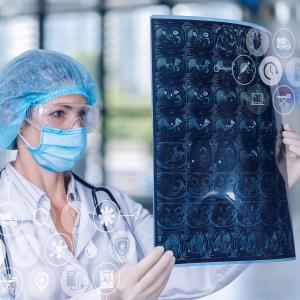 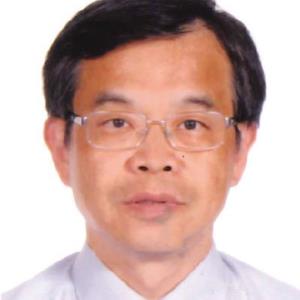 Effective management of type 2 diabetes mellitus (T2DM) requires patients’ compliance with therapy. In patients who need treatment with basal and prandial insulin, compliance may be limited by the treatment burden and perceived risk of hypoglycaemia. A co-formulation of basal insulin degludec (IDeg) and rapid-acting insulin aspart (IAsp) (ie, IDegAsp; Ryzodeg®, Novo Nordisk) has the advantages of a simple regimen with a low risk of hypoglycaemia. At an interview with MIMS Doctor, Dr Man-Wo Tsang, Specialist in Endocrinology and Metabolism in Hong Kong, discussed study findings supporting its use in T2DM management.

However, the use of basal insulin is limited by the gradual decline in â-cell function and reduction in insulin secretion in T2DM. Treatment with basal-plus or basal-bolus insulin regimens (basal insulin QD plus bolus insulin 1–≥3 times daily) or premixed insulin is thus required to provide postprandial glucose control in patients who do not achieve HbA1c target with basal insulin therapy. [Diabetologia 2012;55:1577-1596]

In a survey on insulin adherence behaviours and barriers that included 1,530 insulin-treated patients (T2DM, 88.2 percent), a considerable proportion reported difficulties in taking insulin at daily prescribed times (27.6 percent), difficulties with the number of daily injections (23.1 percent), and difficulties in adjusting insulin doses (16.8 percent). A majority (81.4 percent) of patients felt that insulin therapy should be flexible and should fit into their lives, and 54.4 percent expressed difficulties in living a normal life while managing diabetes. Furthermore, 72 percent of 1,250 primary care physicians surveyed reported that aggressive treatment for T2DM was limited by concerns about hypoglycaemia. [Diabet Med 2012;29:682-689]

IDegAsp co-formulation provides insulin replacement that closely mimics endogenous insulin secretion, addressing limitations of traditional premixed insulin formulations that include variation in glycaemic control, presence of a ‘shoulder effect’ (ie, interference of the protaminated fraction with the soluble fraction, leading to an undesired and prolonged glucose-lowering effect, causing an overlap with the peak action of the protaminated fraction following a meal), as well as incomplete 24-hour coverage and the need of re-suspension due to protamination. [Ther Adv Chronic Dis 2015;6:375-388; Clin Pharmacokinet 2017;56:339-354]

IDegAsp QD/BID was administered with the largest meal(s) each day at the discretion of each patient, whereas IGlar was dosed according to label. Intensification from IDegAsp QD to BID was performed by splitting the total daily dose into two doses, with dosage dependent on the size of each meal. Patients self-titrated insulin regimens to self-measured blood glucose (SMBG) targets of 4–5 mmol/L for IDegAsp and IGlar U100, and 4–6 mmol/L for IAsp.

A similar reduction in mean HbA1c was observed between patients on IDegAsp and those on IGlar QD plus IAsp QD during treatment initiation (weeks 0–26), confirming noninferiority of IDegAsp for the primary endpoint (-1.1 percent vs -1.1 percent; estimated treatment difference [ETD], 0.07 percent; 95 percent confidence interval [CI], -0.06 to 0.21). (Figure 1) HbA1c levels in both groups continued to decrease during weeks 26–38.

Efficacy and safety in Asians

“IDegAsp is recommended as an effective treatment option for glycaemic control for patients who require insulin treatment with a predictable action profile and coverage for postprandial surge, without an increased risk of hypoglycaemia or weight gain compared with a basal insulin–only regimen. These include young patients who need tight glycaemic control to prevent or delay T2DM complications, and elderly patients who need a well-tolerated treatment with a low risk of hypoglyacemia,” suggested Tsang.

Compared with basal-plus and basal-bolus insulin regimens, IDegAsp offers a simpler option for stepwise treatment intensification in a single device, with a reduced number of daily injections (1–2 injections vs 3–5 injections).

“Importantly, IDegAsp provides flexibility in injection timing to meet the needs of patients’ daily meal intake. It can be injected at any time of the day with the main meal [as long as injections are given at least 3–5 hours apart], making it particularly convenient for patients with irregular mealtimes and those who work in shifts.” [Ryzodeg Hong Kong Prescribing Information, January 2015]

“With these considerations, IDegAsp would be more convenient for GPs to handle than basal-bolus insulin regimens, with patients’ compliance ensured,” he explained.