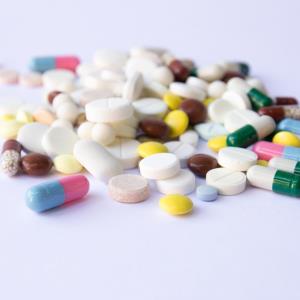 Original New Drug Application Approvals by US FDA (16 - 31 May 2020)
02 Jun 2020
New drug applications approved by US FDA as of 16 - 31 May 2020 which includes New Molecular Entities (NMEs) and new biologics. It does not include Tentative Approvals. Supplemental approvals may have occurred since the original approval date. 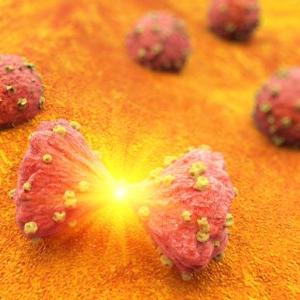 FDA-approved drug ivermectin kills SARS-CoV-2 in vitro
Stephen Padilla, 08 Apr 2020
An antiparasitic drug approved by the Food and Drug Administration (FDA) has been found to be effective in stopping the growth of severe acute respiratory syndrome coronavirus 2 (SARS-CoV-2) in a laboratory experiment, according to a collaborative study. 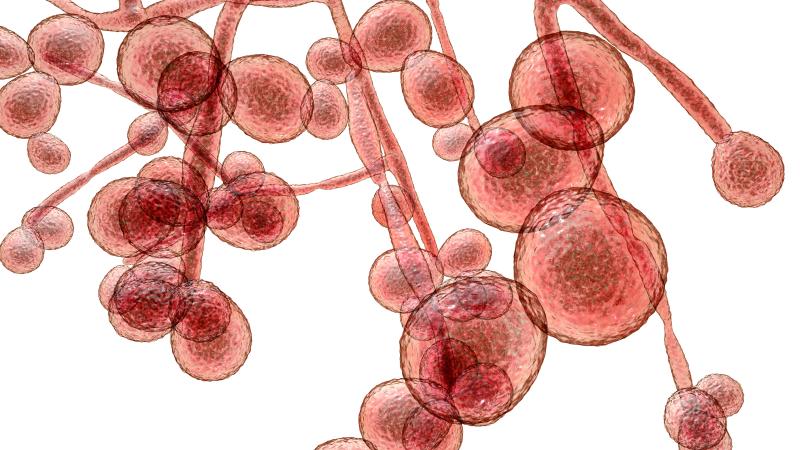 Invasive fungal infections, particularly those caused by Candida species, are common in hospitalized, immunocompromised, or critically ill patients and are associated with considerable morbidity and mortality.

Diagnosis and management of invasive candidiasis can be challenging. The goal of treatment remains the timely and judicious use of safe and efficacious antifungal therapy.

A closer look at echinocandins

Echinocandins are a class of antifungal drugs that target the fungal cell wall. They are widely used for invasive candidiasis, owing to their wide activity spectrum, favourable toxicity profile, and convenient dosing, said experts at the recent ID Week 2020.

One antifungal agent of the echinocandin class is micafungin, approved in Singapore for the treatment of invasive candidiasis. It is also approved for use in oesophageal candidiasis in patients for whom intravenous therapy is an appropriate prophylaxis for Candida infection, in patients about to undergo allogenic hematopoietic stem cell transplantation, or in those expected to have neutropenia (absolute neutrophil count < 500 cells/μL) for 10 or more days in adults and paediatric patients 4 months or older.

Micafungin exerts its antifungal activity by inhibiting the synthesis of 1,3-beta-D-glucan, an essential component of fungal cell walls, causing osmotic instability and eventual cell death of the fungus. [Lancet 2003; 362 (9390):1142-51]

The efficacy of micafungin for invasive candidiasis has been proven in both adult and paediatric patients [Core Evid 2014; 9:27–39], making it a valuable addition to the antifungal armamentarium.

C. auris alone has emerged as an urgent threat. The US Centers for Disease Control and Prevention considered this superbug “a serious global health threat,’’ preying on hospital and nursing home patients and causing potentially fatal infections that are often unresponsive to treatments.

“Candida auris is associated with high mortality … it has the ability to spread from person-to-person, surface-to-person, and could potentiate an outbreak in healthcare settings,” said Dr Nkehi Azie, VP, Clinical Development, at the US biotech company SCYNEXIS, who presented results for the  triterpenoid antifungal agent ibrexafungerp. [ID Week 2020, abstract P773]

“Echinocandins are the first-line treatment for patients with C. auris infections given the high degree of resistance to azoles and polyenes,” she added. However, reports of antifungal resistance, even in newer agents such as the echinocandins, further escalate the complexity of candidaemia management.

Echinocandin use at hospital admission and discharge

A pharmacoepidemiologic analysis of echinocandin use at a large quaternary care medical centre in the US showed that a significant proportion of echinocandin courses were started upon hospital admission and continued after hospital discharge. [ID Week 2020, abstract P43]

Researchers pooled data on echinocandin use and clinical microbiologic information from 2017–2019. Monthly days of therapy (DOT) per 1,000 patient days and the proportion of echinocandin-treated patients with or without positive Candida cultures were calculated. The relationship between echinocandin use and hospital admission and discharge dates were also evaluated.

Echinocandin monthly DOT per 1,000 patient days averaged 26 and DOT did not change considerably during the entire period. Of the patients with microbiologic evidence of Candida, 842 or 51 percent were treated  with echinocandins.

“Length of echinocandin therapy was significantly longer in patients with positive Candida cultures (5.5 days) vs those without positive cultures (3.9 days; p<0.001),” said presenting author Dr Jinhee Jo,  a post-doctoral Infectious Diseases Fellow from the University of Houston in Houston, Texas, US.

“Further studies evaluating potential benefits of long-acting echinocandins, with an emphasis on transition of care, are warranted,” concluded Jinhee.

Empiric use of echinocandins

Meanwhile, a US surveillance study on the antifungal susceptibility patterns of C. parapsilosis showed that no resistance was detected to caspofungin (MIC50 0.25) or micafungin (MIC50 1.00), with one (<1 percent) isolate resistant to anidulafungin (MIC50 1.00). [ID Week 2020, abstract P146]

“C. parapsilosis is an emerging drug resistant pathogen of concern … there is a need for ongoing antifungal resistance surveillance among Candida species,” said presenting author Assistant Professor Brenda Tesini from the University of Rochester in Rochester, New York, US at ID Week 2020.

“Our data support the empiric use of echinocandins for C. parapsilosis bloodstream infections and underscore the need for antifungal susceptibility testing [AFST] prior to fluconazole treatment.”

Echinocandin dosing in obese critically ill patients is a challenging scenario that has not been fully explored. A systematic review of studies from PubMed, Embase, and Cochrane library on micafungin and other echinocandin agents in obese patients (≥BMI 30) showed that there was a correlation between obesity and increasing systemic clearance, and reduced exposure with micafungin. Some studies reported even lower systemic exposure with a BMI >40. [ID Week 2020, abstract P1159]

Caspofungin and anidulafungin exposures were also reduced in obese patients.

“There is now consistent evidence showing lower echinocandins exposure in obese patients. More studies are needed to determine the outcomes of fungal infections in obese patients, and probably the need for dose adjustment in this population.”

Original New Drug Application Approvals by US FDA (16 - 31 May 2020)
02 Jun 2020
New drug applications approved by US FDA as of 16 - 31 May 2020 which includes New Molecular Entities (NMEs) and new biologics. It does not include Tentative Approvals. Supplemental approvals may have occurred since the original approval date.

FDA-approved drug ivermectin kills SARS-CoV-2 in vitro
Stephen Padilla, 08 Apr 2020
An antiparasitic drug approved by the Food and Drug Administration (FDA) has been found to be effective in stopping the growth of severe acute respiratory syndrome coronavirus 2 (SARS-CoV-2) in a laboratory experiment, according to a collaborative study.