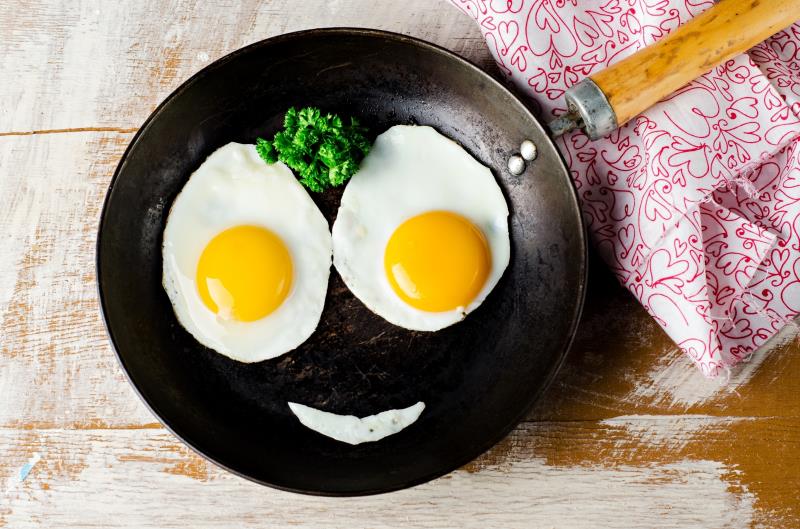 Late introduction of eggs, along with less frequent egg consumption, may place a child at increased risk of egg allergy during childhood, suggests a study presented at ACAAI 2021.

“Egg allergy is the second most common food allergy throughout the world, [after peanut allergy,]” said study principal investigator Dr Wen Xiaozhong from University at Buffalo, State University of New York in Buffalo, New York, US.

For peanut allergy, the most common food allergy globally, allergists have recommended parents to start peanut introduction when their child begins solid food to prevent development of peanut allergy in later life.

The current findings suggest that parents may take a leaf from peanut allergy to prevent egg allergy as well by early introduction of eggs in their child’s diet.

In the Infant Feeding Practices Study II prebirth cohort, 2,237 surveys from parents on infant feeding and food allergy from prebirth to age 6 were analysed. Among these, 1,379 participants had completed data available on food allergy up to 6 years. [ACAAI 2021, abstract A050]

“We found that children who hadn’t had egg introduced by 12 months were more likely to have egg allergy at 6 years,” reported lead author Dr Giulia Martone, who is an alumnus at University at Buffalo.

Significantly more children (0.02 percent) who had not had egg introduced into their diet by 12 months of age were allergic to eggs at 6 years, compared with none in their peers who had early egg introduction (p<0.001).

Another factor that children who developed egg allergy at 1 year and at 6 years shared in common was the lesser frequency of egg consumption in early life (at 5, 6, 7, and 10 months) compared with their non-allergic counterparts.

Children with egg allergy at 1 year were eating just 0.36 eggs per week on average by 10 months of age, compared with 0.93 eggs per week by their non-allergic counterparts (p=0.021).

Similarly for children who developed egg allergy at 6 years, they were also eating fewer eggs by 10 months of age than their non-allergic counterparts (mean, 0.09 vs 0.93 eggs/week; p<0.001).

“We are still investigating optimal timing of infant egg introduction and frequency of feeding,” he stated.