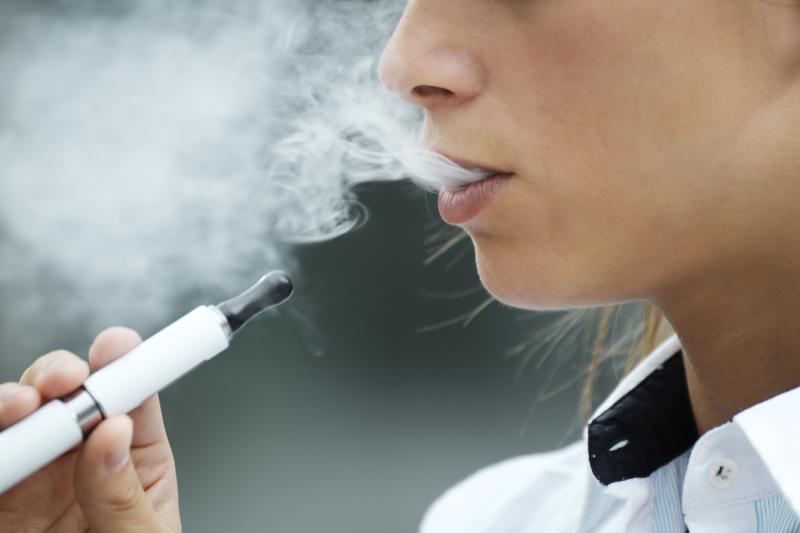 To smoke or not to smoke: Whether e-cigarettes can be used as a mean to quit smoking is still in debates.

Stress and depressive moods appear to be heightened in people who use e-cigarettes, regardless of gender, according to a recent Korea study.

“Conventional cigarettes, which contain the addictive substance nicotine, are known to be highly related to mental health conditions (MHC), but research on e-cigarettes, which also often contain nicotine, is insufficient,” the researchers said. “The purpose of the study was to examine the association between e-cigarette use and MHC, focusing especially on stress status and elevated depressive symptoms among men and women of all ages.”

Drawing from the seventh cycle of the KNHANES*, data of 5,469 respondents were included in the present analysis. Five percent of the respondents were deemed to be at high risk of depression. Current smokers (p<0.001) and past users of e-cigarettes (p=0.001) were more predominant in the depressed subgroup. [Medicine 2020;9:e22514]

In both men and women, self-perceived high stress was highest among current smokers who had a history of e-cigarette use (40.1 percent and 54.5 percent, respectively). Analysis of variance revealed a significant between-group difference (p<0.001), as compared to smokers and nonsmokers who had never used a vape device.

Similarly, the prevalence of depressive mood was highest in smokers with prior e-cigarette use, both in men (4.9 percent; p=0.001) and women (27.3 percent; p<0.001). Mean scores on the Patient Health Questionnaires were likewise greatest in those who were current smokers and reported prior device use (p<0.001 for both men and women).

Though there remains no literature consensus, the researchers offered two potential mechanisms by which e-cigarettes may correlate with depressive moods.

“First, the substances contained in e-cigarettes contribute to this association,” they said, noting that “although e-cigarettes have manufacturer-related variations, like conventional cigarettes they usually contain the addictive substance nicotine, which is known to be highly correlated with depression.” [Tob Control 2014;23:77-78]

Further research is needed to better elucidate causal links, if any, the researchers said. “[L]ongitudinal studies should be conducted and include detailed information such as the duration, amount, and pattern of e-cigarette use.”

“Furthermore, social regulations regarding e-cigarettes, which are often perceived to be relatively safer than conventional cigarettes, must be established based on empirical research about the association between e-cigarettes and health outcomes,” they added.