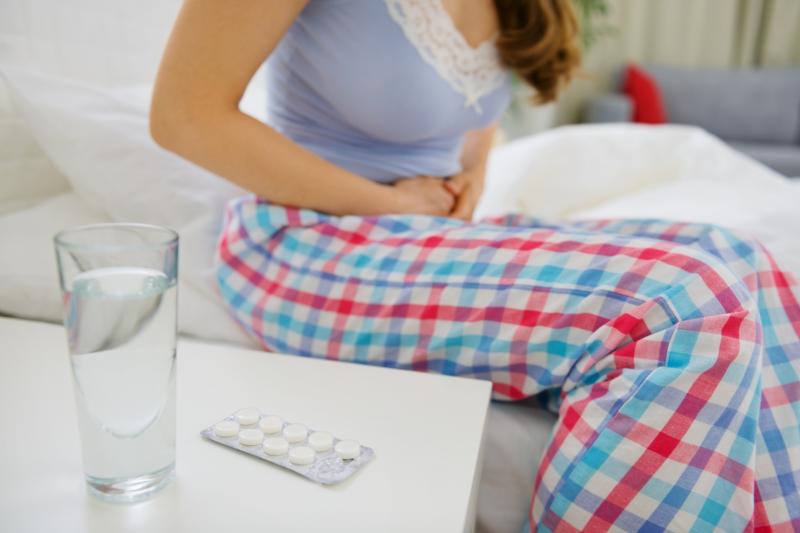 There appears to be an association between dysmenorrhea and chronic pain, but whether primary dysmenorrhea heightens the risk for chronic pain remains to be proven, according to the results of a systematic review and meta-analysis.

Dysmenorrhea positively correlated with both the presence and severity of chronic pelvic and nonpelvic pain conditions. Analysis of 6,689 women from eight studies revealed 2.43 times (95 percent confidence interval [CI], 1.98–2.99; I2, 42 percent) higher odds of having dysmenorrhea among participants with chronic pelvic pain than with those without.

Moreover, 11 studies involving 3,750 women reported 2.62 times (95 percent CI, 1.84–3.72; I2, 72 percent) higher odds of having dysmenorrhea among participants with chronic nonpelvic pain compared with those without.

Dysmenorrhea correlated with 2.50 times (95 percent CI, 2.02–3.10) the odds of chronic pain overall. Such association did not differ by chronic pain vs chronic nonpelvic pain, community vs clinical populations, or different geographical regions.

“Given that adolescence is a sensitive period for neurodevelopment, elucidating the role of primary dysmenorrhea in pain chronicity in future longitudinal studies is important for preventing both chronic pelvic and nonpelvic pain,” the researchers said.

Data for this study were sourced from PubMed, Embase, and Cinahl from inception to December 2019. Observational population-based studies analysing the relationship between dysmenorrhea and the presence or severity of chronic pain were included. Each study was double coded and assessed for bias based on the modified Newcastle and Ottawa Scale.