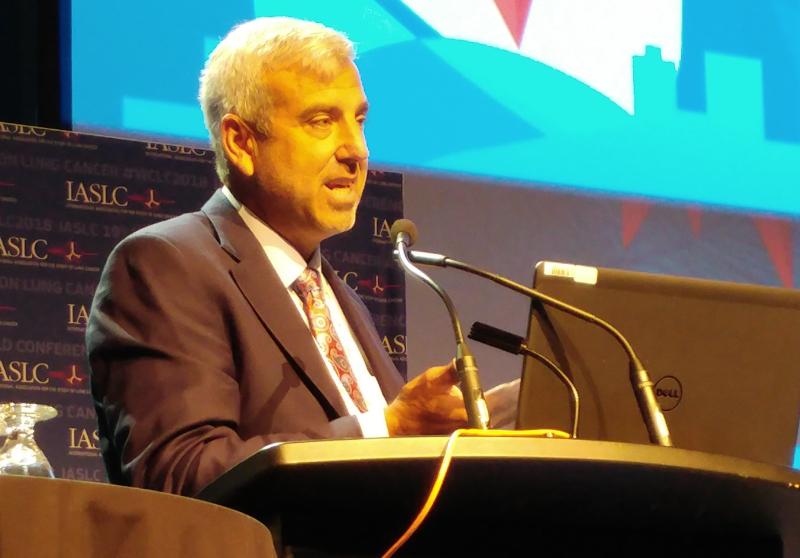 The use of durvalumab after concurrent chemoradiation (cCRT) therapy reduces the risk of all-cause mortality by 32 percent in patients with unresectable stage III non-small-cell lung cancer (NSCLC), the PACIFIC trial has shown.

“The study results support cCRT followed by durvalumab as the new standard of care [SoC] in unresectable stage III NSCLC,” said principal investigator Dr Scott Antonia of Moffitt Cancer Center in Tampa, Florida, US. “Platinum-based cCRT has been the SoC in this setting. However, treatment outcomes have been poor, with only around 15 to 30 percent of patients being alive at 5 years.”

PACIFIC is a phase III study evaluating the use of durvalumab after platinum-based cCRT in patients with unresectable stage III NSCLC regardless of PD-L1 status whose disease had not progressed following cCRT. A total of 713 patients were randomized to receive durvalumab 10 mg/kg Q2W or placebo for up to 12 months. The primary endpoints were progression-free survival (PFS) and overall survival (OS).

“The PFS and OS benefits with durvalumab were observed across all prespecified subgroups,” reported Antonia. “However, our post-hoc analysis showed that the OS benefit with durvalumab was not demonstrated in patients with PD-L1 expression <1 percent.”

“PACIFIC is the first study to demonstrate a survival advantage after cCRT in patients with unresectable stage III NSCLC, supporting the PACIFIC regimen as the SoC in this setting,” concluded Antonia.