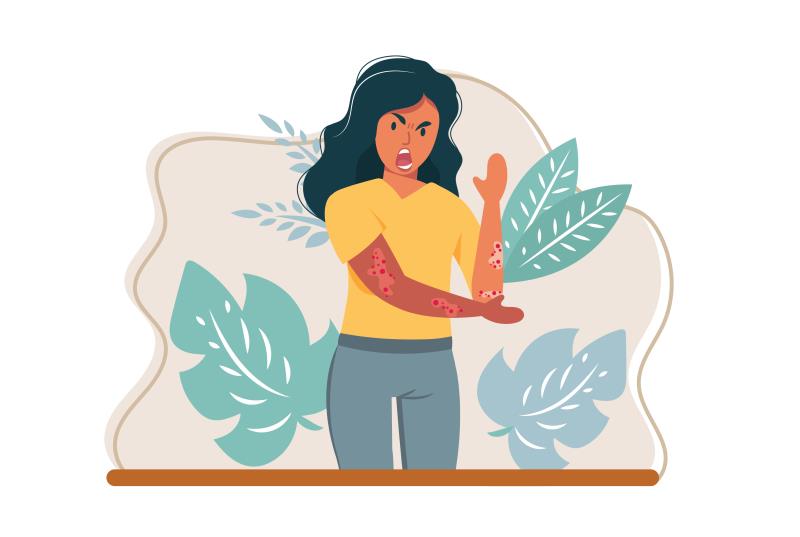 PN presents as pruritic nodules usually on the arms or legs, but the aetiology remains unknown. Several conditions reported to induce PN include internal malignancy, renal failure, and psychiatric conditions. The itch associated with PN is quite severe and often interferes with patient sleep and psychological well-being. What is disappointing is that, currently, there are no approved systemic treatments for PN.

Several treatments, which include ultraviolet light therapy and immunosuppressive agents, are often used off label, said study author Dr Gil Yosipovitch from the Miami Itch Center at the University of Miami Miller School of Medicine in Miami, Florida, US. High-potency topical steroids are commonly prescribed but are associated with safety risks if used in the long term. This makes moderate-to-severe PN difficult to control.

“Patients suffer from chronicity and are miserable. Hence, I see the current findings as promising for this itchy condition,” he told dermatologists attending AAD 2022.

When itching is the problem

Adult patients with PN for at least 3 months were included in the trial. Patients had severe itch (7 on the Worst Itch Numerical Rating Scale (WI-NRS), where 0=no itch and 10=worst itch). They also had about 20 skin lesions at the start of the trial. Many of them either failed or were not suitable for topical corticosteroid therapy.

Of 160 adults with PN, 78 were assigned to receive dupilumab 600 mg as a loading dose, given subcutaneously, followed by 300-mg doses every 2 weeks for 24 weeks. Eighty-two patients were assigned to a placebo.

At 12 weeks, 37.2 percent of patients treated with dupilumab had at least a 4-point reduction in the WI-NRS – the primary endpoint of the study – vs 22 percent in those given placebo (p=0.0216).

The most common treatment-emergent adverse event (TEAE) reported was headache, occurring in five patients taking a placebo and four patients on dupilumab. There were five cases of herpes virus infection, four non-herpes skin infections, and three cases of conjunctivitis in the dupilumab group whereas seven non-herpes skin infections were reported in the placebo group. Twenty-five patients in the placebo group discontinued treatment, two in the dupilumab arm.

The safety results were generally consistent with the known safety profile of dupilumab for its approved dermatology indications, said Yosipovitch. Regulatory filings for PN are expected this year.