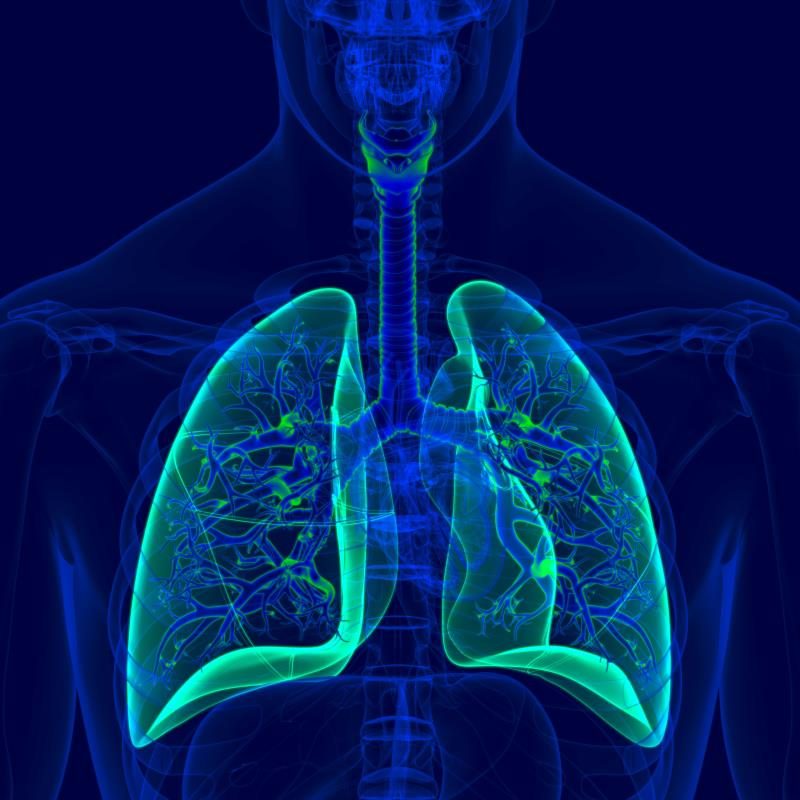 Patients with moderate-to-severe asthma had significant reductions in annualized severe asthma exacerbation rate with the monoclonal antibody dupilumab, regardless of lung function, according to a post hoc analysis of LIBERTY ASTHMA QUEST* presented at ERS 2020.

“[These findings show that] a greater proportion of patients with uncontrolled, moderate-to-severe asthma had clinically meaningful improvements in pre-BD FEV1 (≥100 or ≥200 mL) at week 12 when treated with dupilumab vs placebo,” said the researchers.

The lack of improvement in pre-BD FEV1 did not appear to influence the results, as the annualized rate of severe asthma exacerbations among those without pre-BD FEV1 improvement still dropped significantly with both dupilumab doses vs placebo (–36 percent [200 mg] and –38 percent [300 mg]; p<0.01 for both).

The subgroup findings suggest that dupilumab benefited patients exhibiting factors that may greatly contribute to the development of asthma exacerbations. [Front Immunol 2018;doi:10.3389/fimmu.2018.02220]

Although low pre-BD FEV1 is tied to increased exacerbation rate, lung function decline, difficult-to-treat disease, and increased mortality risk, the findings demonstrated the ability of dupilumab to reduce annualized severe asthma exacerbation rates up to half, even among those without clinically meaningful improvements in lung function, the researchers highlighted.

The current findings also reinforce the efficacy findings of the LIBERTY ASTHMA QUEST trial that have been previously reported. [ATS 2019, abstract A2667/P502]