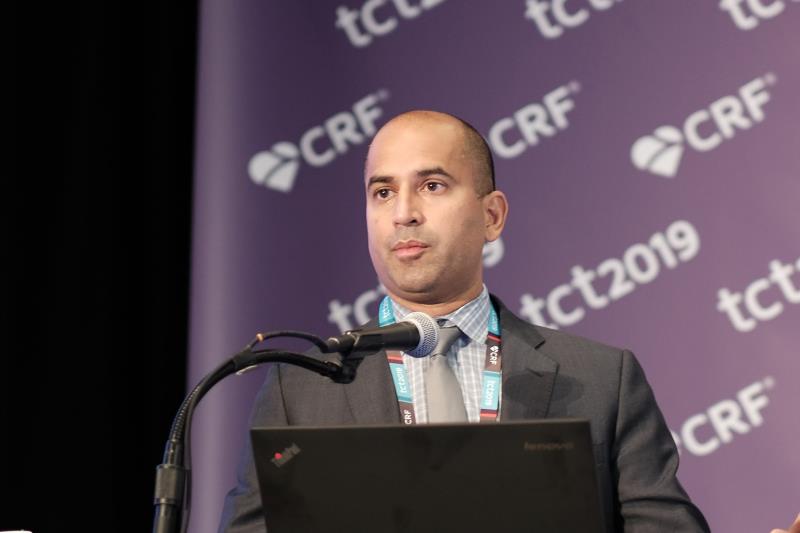 Transitioning from dual antiplatelet therapy (DAPT) to aspirin monotherapy at 3 months following implantation of a thin-strut bioresorbable-polymer stent is safe for patients with high bleeding risk (HBR), according to the results of the EVOLVE Short DAPT trial presented at the 31st Transcatheter Cardiovascular Therapeutics (TCT) scientific symposium.

Specifically, the coprimary endpoints of death or myocardial infarction (MI) and stent thrombosis with 3 months of DAPT were not inferior as compared with that achieved with a 12-month course.

Of the patients, 1,487 (mean age, 75.7 years; 66 percent male) were eligible to discontinue P2Y12 inhibitor at 3 months but stay on aspirin between 3 and 15 months. All patients met at least one of the following criteria for HBR: age ≥75 years, a history of stroke, chronic anticoagulation, major bleeding within 12 months, and renal insufficiency or failure. Kirtane highlighted that the trial excluded patients with complex, high-risk stent-treated lesions.

The event rate for death or MI was 5.6 percent, while that for stent thrombosis was 0.3 percent. These numbers were noninferior relative to the corresponding 5.7 percent and 1.0 percent attained in the historical control group of propensity score-matched patients receiving 12-month DAPT (n=1,493; p=0.0016 and p<0.0001 for noninferiority, respectively). [Kirtane A, et al, TCT 2019]

“These data prospectively demonstrate a low rate of adverse events for patients who are at high risk for bleeding and who then stop DAPT at 3 months,” supporting the use of Synergy with an abbreviated DAPT regimen, Kirtane said.

“This is critically important information because previously, the required duration of DAPT following implantation of current generation drug-eluting stent platforms was unknown. These data better inform physicians as to how best to tailor the recommended duration of DAPT to the bleeding risk of the patients they treat,” he added.

Kirtane, however, stressed that 3 months of DAPT should not be the be-all and end-all for patients treated with Synergy or some other stents, adding that what clinicians really need to know is the safe period to potentially stop if patients must indeed stop.

“There are many patients that have stents placed who need surgery or they have a gastrointestinal bleed and previously … people were really struggling with this in trying to keep people on DAPT up to 1 year because that’s what the guidelines had said,” he noted.

The takeaway is that EVOLVE Short DAPT and other recent studies supporting shorter poststent DAPT courses should provide reassurance that if DAPT has to be discontinued, “then patients are not going to thrombose their stents,” Kirtane explained. While it’s not true in all patients given the exclusion criteria, “it’s a good message for clinicians to have.”

In the ensuing discussion, the panellists were asked which antiplatelet should be dropped after 3 months. The answers varied, but none explicitly stated a preference for aspirin, in accordance with EVOLVE Short DAPT.

One panellist pointed out, “The benefits of aspirin were established in an era when many of the secondary prevention therapies that we have today were not available, like statins, ACE inhibitors, [among others].”