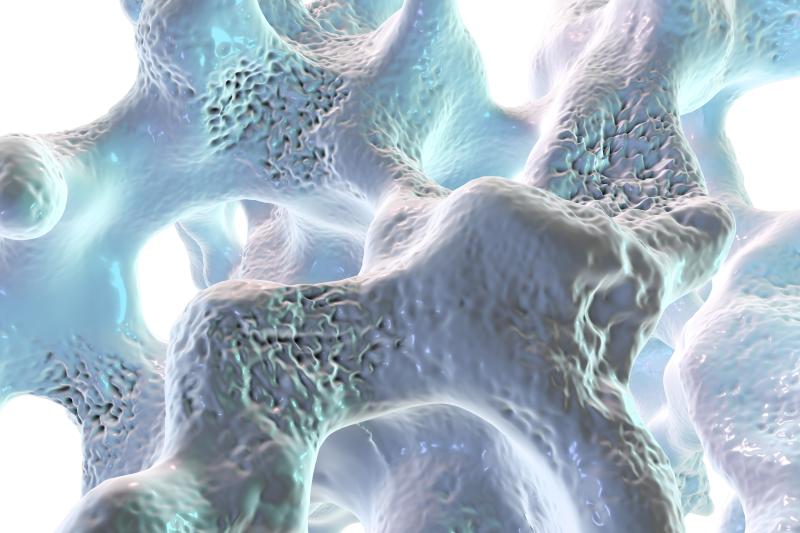 Proton pump inhibitors (PPIs) may increase susceptibility to osteoporotic fractures in elderly women as compared with histamine-2 receptor antagonists (H2RAs), especially those who have used PPIs for at least a year, a recent study in Korea has found.

Researchers looked at a nationwide cohort of elderly Korean women who were subjected to bone mineral density measurements during their 66-year-old life-transition medical examination. The population included 8,903 women with newly diagnosed osteoporotic fractures and 44,515 matched controls without fractures. PPI or H2RA exposure data were obtained from the Korean National Health Insurance Service data.

Compared with controls, women who developed fractures were more likely to be alcohol consumers and smokers, have higher high-density lipoprotein cholesterol and triglyceride levels, and have comorbidities.

The findings may have important clinical implications, as the risk of osteoporotic fracture may be reduced in older women with gastrointestinal diseases requiring acid inhibitor treatments by prescribing PPI for minimal durations or by using H2RA instead, the researchers pointed out.